This summer, we will celebrate the 20th anniversary of Skanska’s presence on the World Wide Web. Twenty years ago, Sweden was the main market and consequently, the first steps in cyberspace were taken in Swedish at www.skanska.se 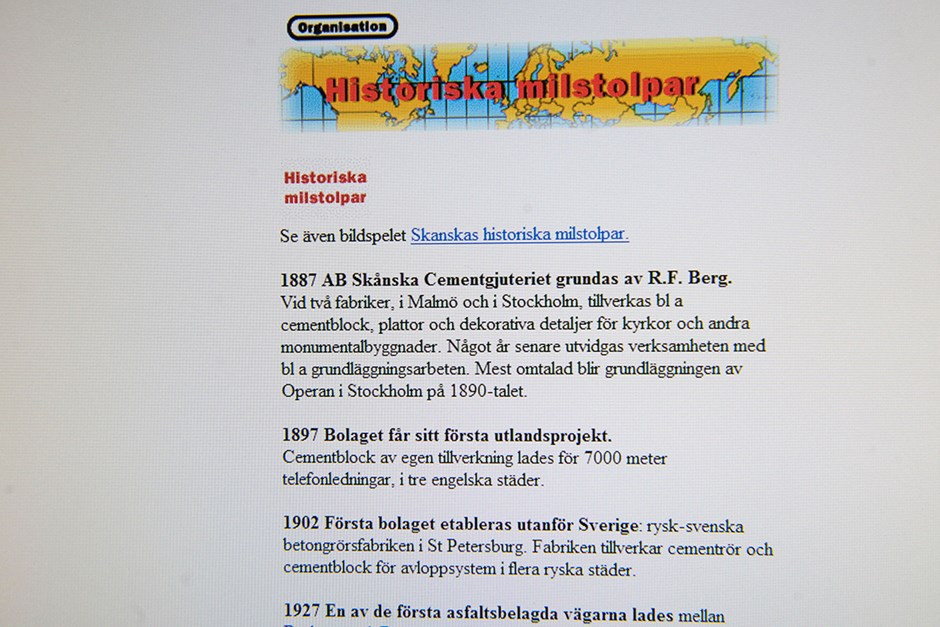 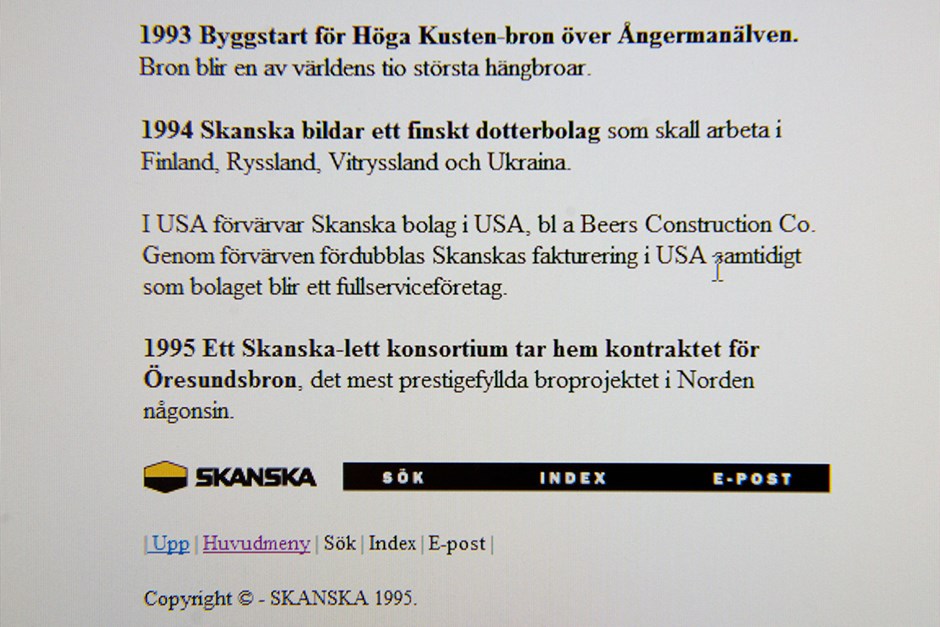 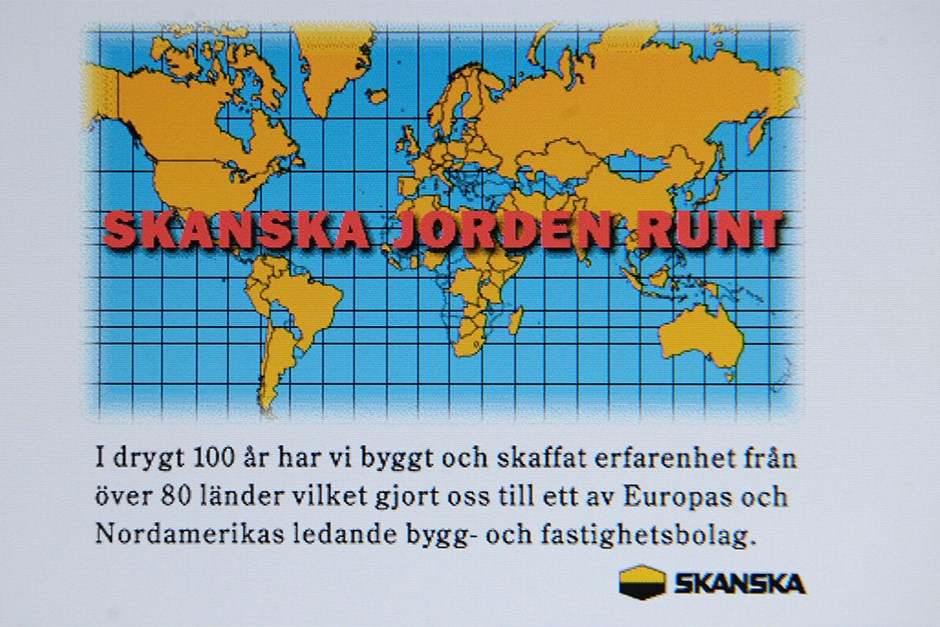 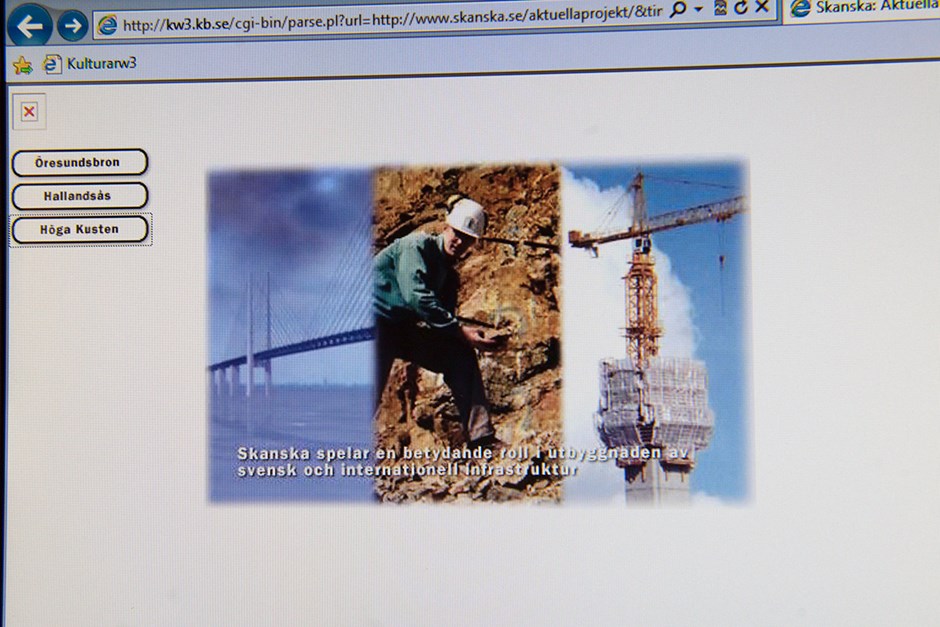 In the 1990s, the internet was in its infancy and WWW was neither the arena where it happened nor a vital business tool. Though not a forerunner, Skanska was nevertheless ahead of the main field.

By 1994, the White House, hard rockers Megadeth, Pizza Hut and Amnesty and a handful of others were among the small crowd that had claimed a place in cyberspace. In 1995, they were joined by Skanska.

The first Skanska website presented some basic facts about the company, its organization and business.

By 1997, Skanska had established a more international strategy, which was manifested through the company’s first .com site designed as the Swedish one on the photo above.

By this time, it had been updated with substantially more information. In the same year, Skanska experienced the environmental accident at the Hallandsås tunneling project. That tragic event triggered change and became a turning point for Skanska. Firstly, because Skanska took firm action to rectify what had gone wrong, thus setting the ball rolling for Skanska’s environmental endeavor. Secondly, it was a breakthrough for Skanska.se. The site was continuously updated with the latest information about the action Skanska took to get to grips with the accident.

Meanwhile, digital evolution had accelerated. Already in 1995, about 1,000 employees had an e-mail address. However, these were spread over 79 different email systems. Today, about 30,000 users use a common platform for e-mail. Along with the web, the net grew to become a vital business tool.

“Skanska realized the potential of the digital world early on. This gave us a competitive edge, and we continue to develop tools that will help us enhance collaboration and knowledge sharing. Technology is increasingly vital in our efforts to improve efficiency and quality at our construction and development projects,” says Kevin Hutchinson, Senior Vice President, Skanska IT.

Foot note: Computer-aided design, CAD, was used by Skanska engineers from 1976. Skanska had even established a special company, Datech that both developed software and offered consulting services also to external clients. The design was computerized, but drawings were still printed on big sheets and design changes resulted in new prints.