A transit hub that soars

It's a building the likes of which New York City has never seen. Standing in stark contrast to Manhattan's tall and boxy skyscrapers, this pure white steel structure looks like it's in motion: indeed, with its outstretched wings it's meant to evoke a bird in flight. 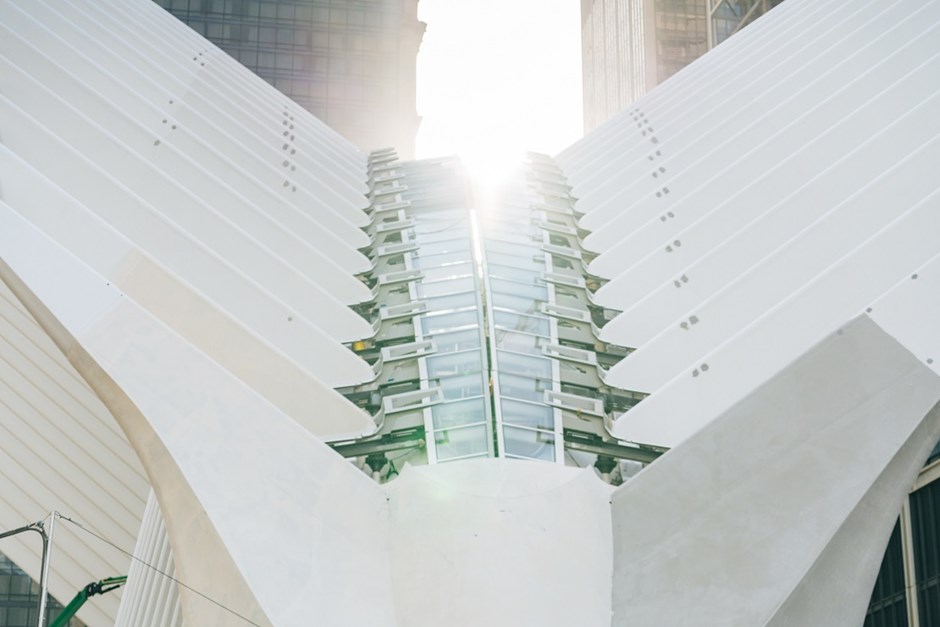 1 / 3 –In New York City, the Oculus is the centerpiece entrance to the World Trade Center Transportation Hub. Running the length of the Oculus' spine is a skylight that will open each September 11 to honor the memory of the victims. 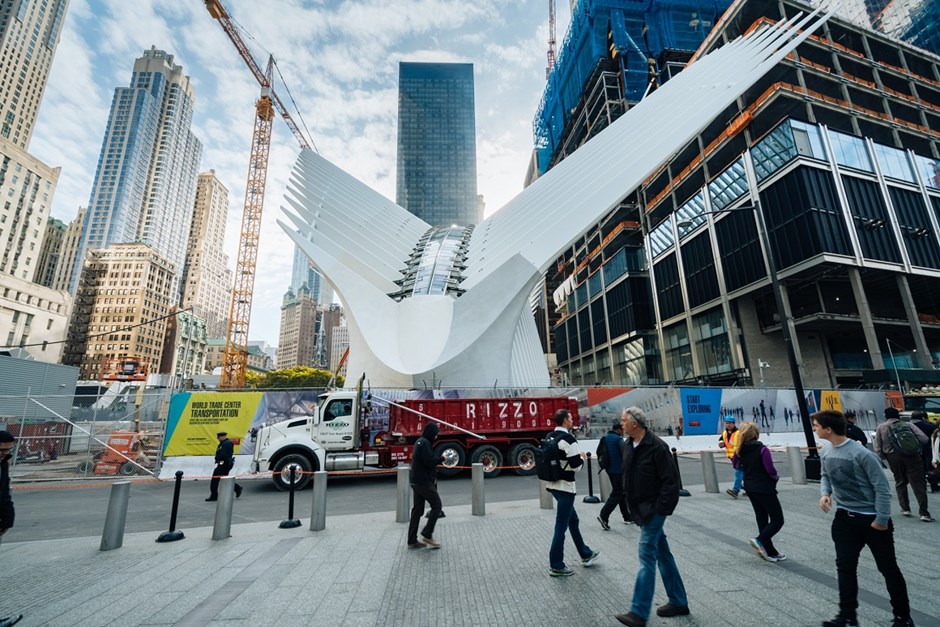 2 / 3 –The Oculus' outstretched wings are meant to evoke a bird in flight. Skanska's history at the World Trade Center site extends back more than 50 years. 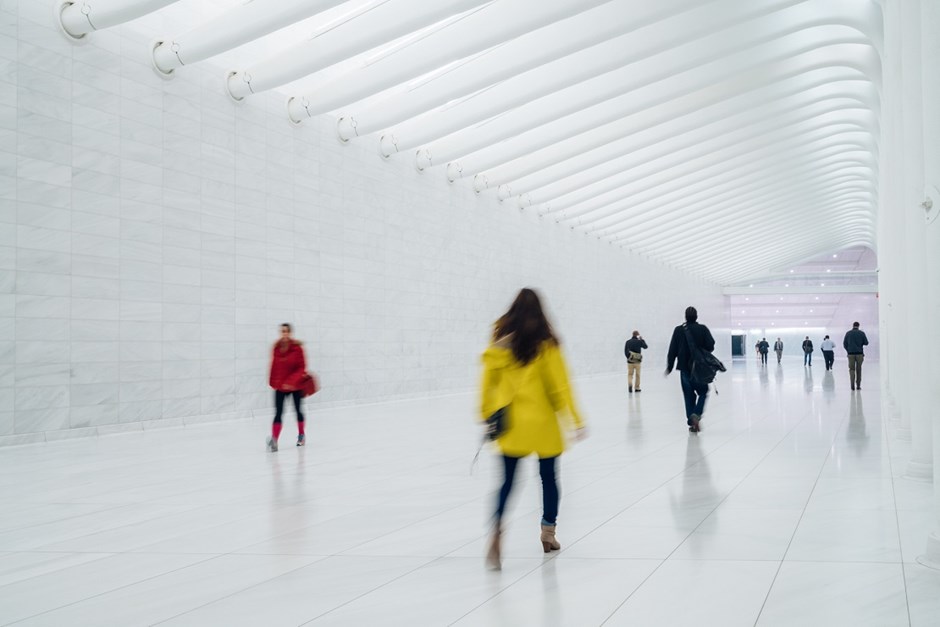 3 / 3 –When the Transportation Hub is fully completed, more than 250,000 daily commuters and millions of annual visitors are expected at what will be part transit center, part shopping mall and part tourist destination.

This new landmark – the Oculus, the centerpiece entrance to the World Trade Center Transportation Hub – partially opens to the public this Thursday, marking a major milestone for both New York and Skanska, which erected the Oculus' 11,500 tons of structural steel and is – through a joint venture – constructing the overall Hub.

The Oculus' unveiling will be a transformational moment for New York, as the city continues to rebuild from the events of September 11, 2001. This sculpture of a building conveys both peace and perseverance, of having the fortitude to rise after having fallen.

"We're showing the world that you can come back better and stronger," said Skanska Project Manager Michael Campana. "You can't keep the U.S. down."

Designed by architect Santiago Calatrava, the Oculus has a minimalist look: supporting the wings are white steel ribs interspersed with glass strips, all arranged in an elliptical shape. The inside may be even more dramatic than the exterior, with a column-free, cathedral-like core stretching 160 feet high and 350 feet long. Running the length of the Oculus' spine is a skylight that will open each September 11 to honor the memory of the victims.

Come for transportation, shopping and entertainment

The Oculus leads to the main section of the Transportation Hub, a below-grade complex that greets the public with a marble-clad mezzanine with a similarly airy feel. When the Hub is fully completed, more than 250,000 daily commuters and millions of annual visitors are expected at what will be part transit center, part shopping mall and part tourist destination.

A place of remembrance

Some of those people will come for enhanced access to 11 subway lines and Port Authority Trans-Hudson (PATH) commuter trains to New Jersey, the latter of which are reached from a four-platform train station that Skanska has partly finished rebuilding. Some will come to eat, shop and be entertained at the many retail offerings planned for the complex. And some will come to take in the Oculus' stunning architecture, and to remember what happened on that site almost 15 years ago..

Whatever their purpose, they will all find a Ground Zero that is almost fully physically healed.

For Skanska, our roles in constructing the Transportation Hub are the latest in our more than 50-year history on the World Trade Center site. In the 1960s, Skanska predecessor companies had key responsibilities for building the foundation and erecting the steel for the Twin Towers. That original slurry wall foundation remains in use today, holding back the waters of the Hudson River.

A partner in times of need

In 1993, Skanska repaired the World Trade Center following the car bombing in the parking deck below the North Tower, and after September 11 we helped clear the debris. In 2006, Skanska began constructing the Dey Street Concourse to connect the World Trade Center Transportation Hub to the nearby site of the Fulton Street Transit Center, and in 2009 we began building the Fulton Street Transit Center's foundations and made significant improvements to related subway stations. In 2011, the Port Authority of New York and New Jersey awarded us the assignment to fabricate and erect the Oculus' steel.

Today on the World Trade Center site, beyond our work completing the Transportation Hub that our joint venture was awarded in 2010, we are rebuilding the St. Nicholas National Shrine, also designed by Calatrava.

Skanska's World Trade Center work is one of our proudest legacies in our long history of building for a better New York.