Imagine your house being not only a place to eat, sleep and live, but also as a source of power for your lives.

Increasingly, homes are taking on the added role of a power plant, with normally black photovoltaic (PV) panels becoming more common on roofs and even facades. The PV panels convert the sun’s rays into electricity, helping reduce or eliminate both costs and carbon emissions from energy.

This powerful transition is enabled by rapidly improving technologies, which are lowering prices, and people’s growing desire to live more sustainability. Climate targets that require moving away from fossil fuels add further spark to this movement, as do government requirements and subsidies.

All told, by 2050 solar and wind will supply nearly half of the world’s electricity, with hydro, nuclear and other renewables producing another 21 percent, according to a recent report by BloombergNEF. Both small solar deployments like those on homes as well as big solar arrays have important parts in this shift.

Even more, applying solar panels across the European Union’s rooftops – both homes and businesses – could economically meet almost a quarter of the bloc’s electricity needs, according to a new study led by a scientist with the European Commission’s Joint Research Center.

Good solar opportunities exist even in Sweden and other northern countries. Just 0.2 percent of Sweden’s electricity came from solar in 2017, but solar is an essential part of the country’s target of achieving 100 percent renewable electricity production by 2040.

“There is huge potential” for solar in Sweden, says Anne Martinson, chairwoman of the Swedish Solar Energy Association.

These new apartment houses in Stockholm use solar panels on the roof and facade to produce more energy than they consume over a year.

Skanska is part of this energy transformation. For example, BoKlok, the sustainable and affordable housing concept owned by IKEA and Skanska, is equipping all new BoKlok apartment projects in Sweden with solar panels, beginning this year. This commitment, the first of its type by a large residential developer in Sweden, will bring on-site solar power to 700 to 800 apartments every year at essentially no added cost to residents.

“It’s exciting to make it easy for many people to live more sustainably,” says Marcus Hedman, BoKlok’s Head of Product. “Our customers have responded very positively to our new solar offer.”

BoKlok’s solar standard is designed to supply between 15 and 25 percent of a typical apartment’s power load. BoKlok aims to regularly improve its solar solution; eventually, BoKlok wants the homes to produce as much energy as is consumed.

“This is just the beginning of our solar journey,” Marcus says.

Separately, IKEA this fall in Sweden will begin selling solar panels for homes. Already, the home furnishings giant sells solar panels in six countries, including Germany, Italy and the Netherlands.

While renewable electricity can also be purchased through utilities in many countries, home solar proponents say once the solar panels are paid off – typically 15 to 25 years - the electricity is supplied at no cost. This reduces risk from increasing electricity costs from the power grid. 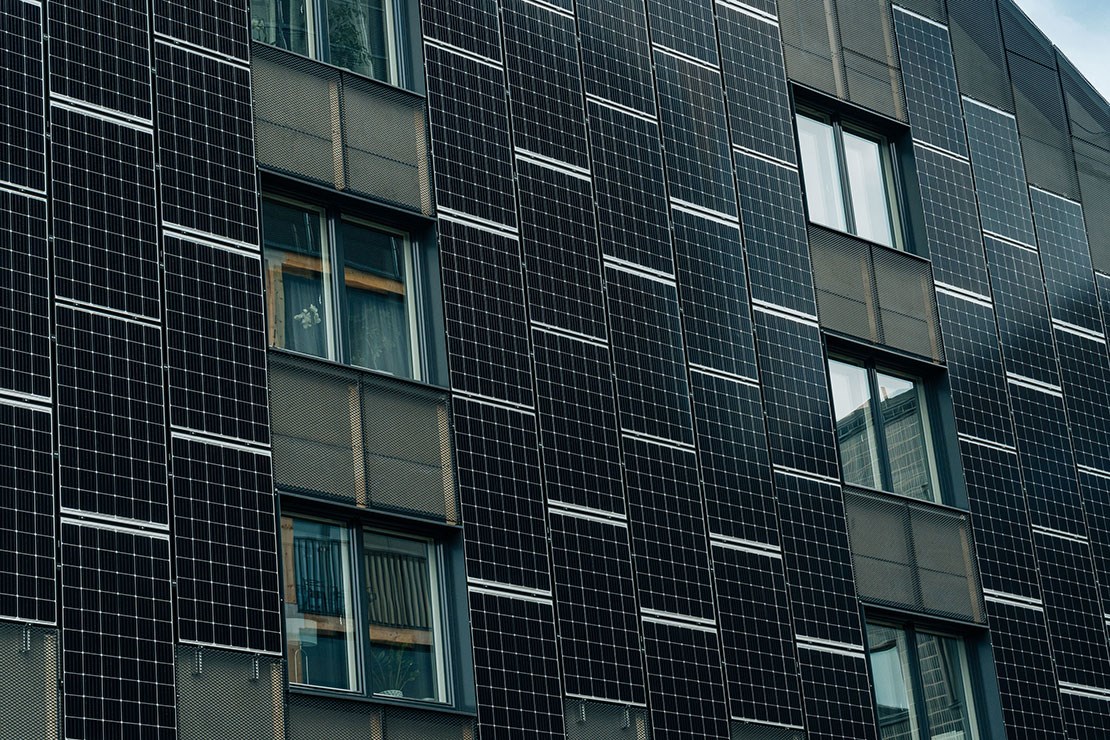 By 2050, solar and wind will supply nearly half of the world’s electricity, according to a recent report by BloombergNEF.

“As common as the front door on a home”

Among the governments at the forefront of solar power on homes is California. Beginning next year, the Golden State requires that all new homes have solar power. With about 80,000 homes built in California each year, this requirement will more than double California’s production of solar energy by 2025, according to the Pew Charitable Trusts, a U.S. non-profit organization focused on public policy.

“This is a further step in solar going from what was a niche product a few years ago to becoming as common as the front door on a home,” Sean Gallagher of the U.S. Solar Energy Industries Association told a Pew publication.

The home solar requirement in California, long a leader in environmental issues, supports a law requiring at least half of the state’s electricity to come from zero-carbon sources by 2030, according to The New York Times.