The May 20 opening of the second phase of L.A.'s Expo Line was a milestone for this car-loving city. Now, for the first time in 63 years, Angelinos can take a train between downtown and the Santa Monica beach – further connecting what is America’s second-largest city. Skanska has two other major transit projects underway in L.A., which will further transform how this city moves. 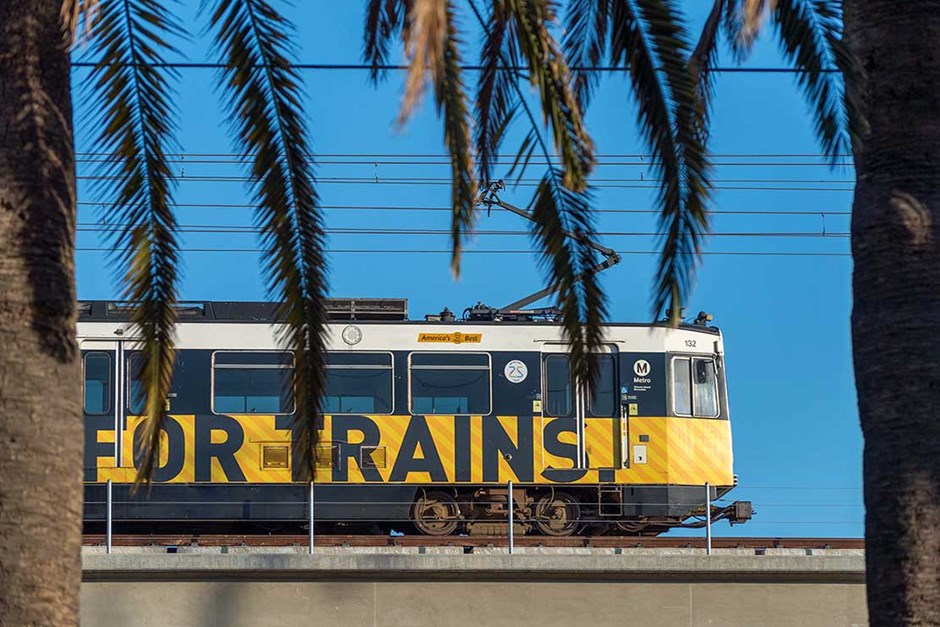 1 / 4 –The May 20 opening of the second phase of Los Angeles’ Expo Line was a milestone for this car-loving city. (Photo courtesy LA Metro) 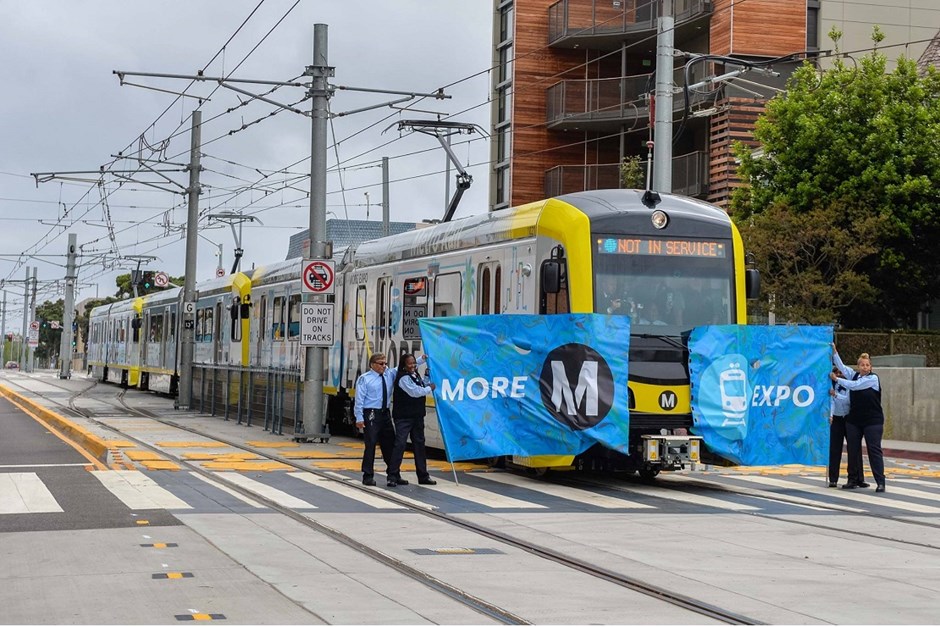 2 / 4 –For the first time in 63 years, you can take a train between downtown Los Angeles and the Santa Monica beach. (Photo courtesy LA Metro) 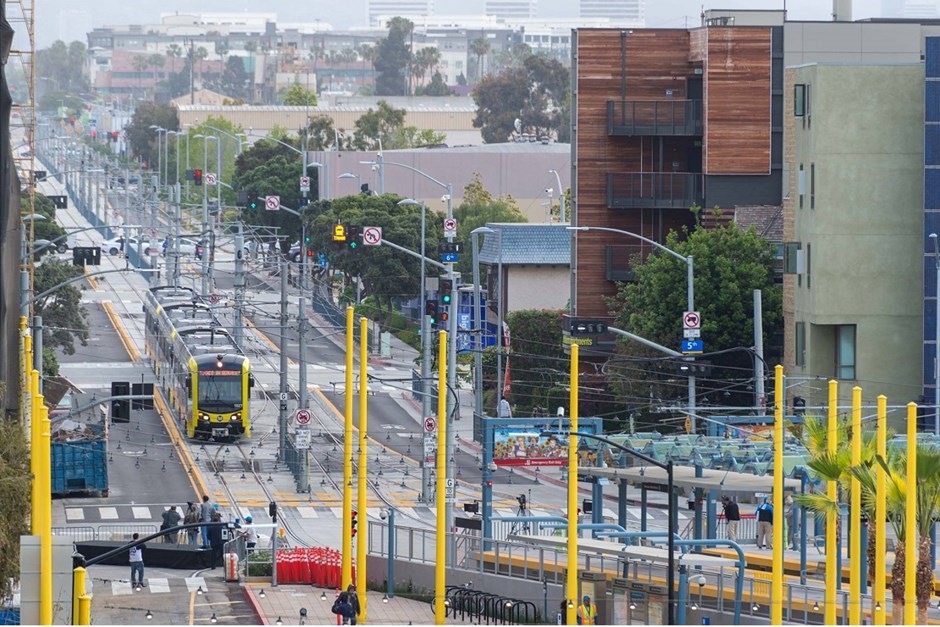 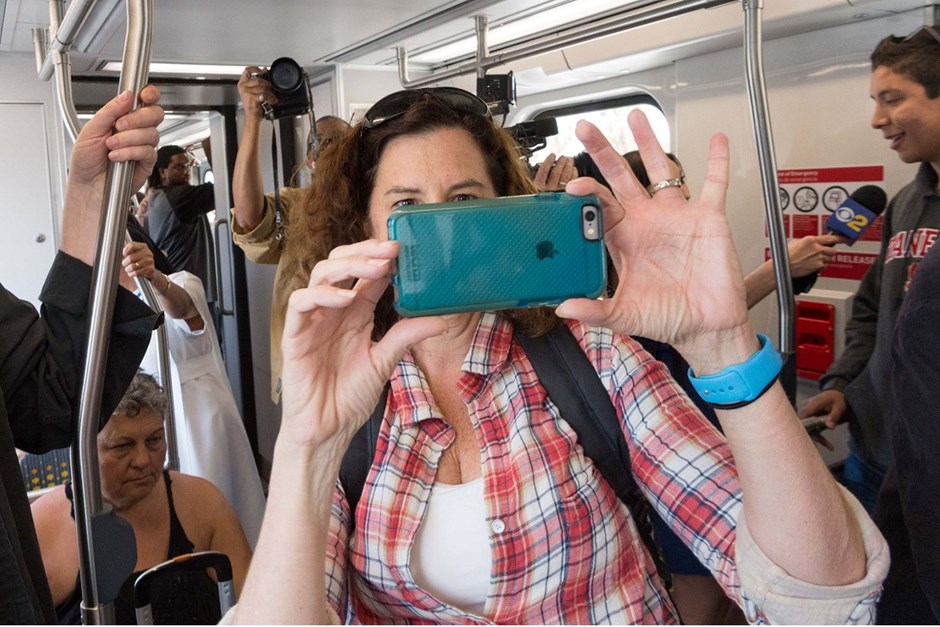 4 / 4 –The start of passenger service on this 6.6-mile light rail extension was a city celebration – perfect for a selfie! (Photo courtesy LA Metro)

Last week’s start of passenger service on this 10.6 kilometer light rail extension was a city celebration.

The trains were packed with people young and old, people carrying paddleboards ready to jump in the ocean, people from as far as Canada who came just for opening day – all with excited smiles on their faces, eager for a new way of traversing the city without navigating L.A.’s famously tough traffic. Even more, at the seven new stations there were celebrations, complete with bands and foot trucks.

Residents’ joy was evident in the photos and words captured on L.A. Metro’s The Source blog.

“Wow – from the beach to #dtla in an hour, stress free. This changes everything,” tweeted @LATechDigest.

And 10-year-old @Scarrrrrlette shared “My grandfather took Pacific Electric Red Cars to Santa Monica. My father had to drive. Me, I take #ExpoLine!”

This is truly building for a better society.

Since 2010, Skanska and our joint venture team have been designing and building this project, our first southern California transit undertaking. Our Los Angeles colleagues who managed this project share the pride of their fellow residents.

“I’m proud of the possibilities that Expo’s completion creates: new opportunities for how people go about their daily lives, new potential for small businesses that got their start working on segments of the Expo extension, and a city that can see that meaningful transit connections have the ability to change the way a city not only gets around, but thinks of itself,” said Skanska Executive Vice President Mike Aparicio in this blog post.