With Volvo and other partners, we’re striving for a quarry that has 95 percent less carbon emissions, 25 percent less total operating costs and is safer for workers. This research project, with a full production test underway, has the potential to transform our industry while helping improve society.

There are some 500,000 quarries around the world, all producing materials essential to building cities, but even the most advanced doesn’t operate much differently than it did decades ago. While equipment for moving and crushing rocks and stones has gained in capacity, increasing efficiencies, those big machines have remained hitched to ways of working that offer significant opportunities for improvement. Plus, the equipment is still mainly powered by diesel, leading to carbon dioxide emissions.

Enter Electric Site, a research project in Sweden that aims to make quarry production smarter, greener and safer. This initiative involves developing new types of quarry equipment powered by electricity – including futuristic-looking, self-driving load carriers – and creating new ways of working. The project has three major aims: reduce carbon emissions by up to 95 percent, lower total operating costs by up to 25 percent, and provide a safer work environment.

To make it possible to achieve those high ambitions, Electric Site brings together partners with varied but complementary strengths and resources. 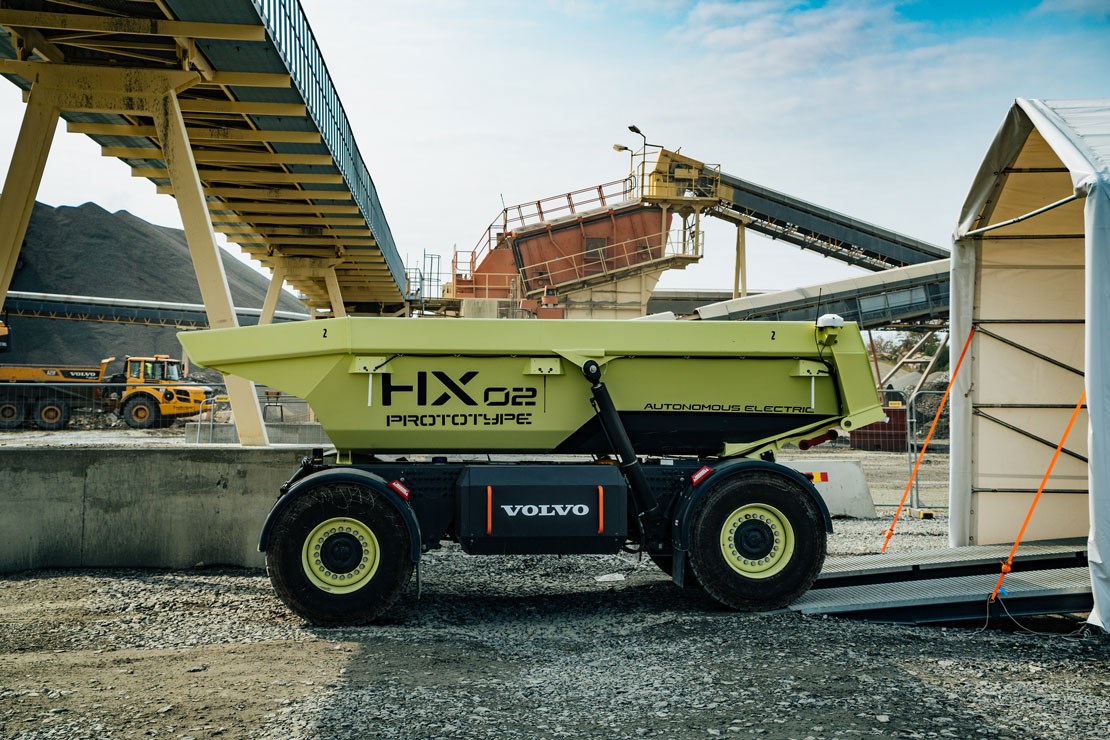 Electric Site dates back to 2013, when Volvo and Skanska started discussing how to truly advance quarry production. Until this time, such conversations typically focused on improving machine usage and efficiencies. But together we realized it was necessary to zoom out to optimize the entire quarrying process, including how to make it more environmentally sustainable.

"We and our industry are quite good at continuous improvement," says Gustaf Werner, Head of Nordics for Skanska Industrial Solutions. "But we need to take a leap to find better ways."

By taking the larger perspective, including what matters most to customers, we could see that traditional methods of quarrying involved much wasted time, energy and costs. For instance, aggregates would be dumped on the ground during one activity only to be picked up again for the next phase – why not transfer them directly? Also, there’s been a heavy reliance on wheel loaders, Swiss Army knives of production that can easily accommodate a range of tasks as well as how the layout of a quarry changes over time due to rock being removed. But such diesel machines are inefficient at moving materials, the most essential quarry activity.

"Instead of looking at machines, we looked at what adds value for the customer, and that is taking large solid rock and making it into smaller pieces," Andreas says. "Transporting material around the quarry and stockpiling it does not add any value, but we do that a lot.”

He adds: "What we’re doing in the Electric Site concept is trading flexibility versus efficiency. This trade-off means that the equipment has less freedom to move about, there’s a higher demand for long-term planning and the initial investment cost increases. What we gain is efficiency, lower operating costs and sustainability."

The Electric Site research project has three major aims: reduce carbon emissions by up to 95 percent, lower total operating costs by up to 25 percent, and provide a safer work environment.

Fast forward to the fall of 2018. Based on preliminary studies, prototypes of equipment have been developed to support improved ways of working. Everything has been brought together for a multi-month, full-production test of Electric Site at one of Skanska’s largest quarries, near Gothenburg in western Sweden.

This is not quarrying as usual.

Behind the concrete barriers and fences that encircle the test zone, what is most noticeable is the collection of eight "load carriers." These dual-axle vehicles are essentially trucks without a cab, as none is needed: they are autonomous, following a GPS pre-programmed route as they drive back and forth with equal performance. Another big difference is that these carriers – with a 15 metric ton capacity – are powered by batteries. All electricity used for Electric Site comes from renewable fuels.

The load carriers are filled by a newly electrified "pre-crusher," which is in turn stocked with rocks by a 70-ton dual-powered excavator. This excavator plugs into the electric grid to drive an electric motor for its main task of scooping rocks, while using a standard diesel engine for its minimal movements around the quarry.

Also being tested is an electric hybrid wheel loader that can deliver a 50 percent improvement in fuel efficiency compared to its conventional counterparts, while being capable of doing the work of a loader that’s one size larger. But for productivity reasons, this loader is used less than it would be during traditional operations.

This ensemble of equipment is aimed at bringing benefits to this quarry and far beyond.

With quarried stone essential to creating the buildings and infrastructure of our cities, achieving a reduced climate impact from quarrying creates a firm foundation for achieving climate neutrality on a wide scale. Buildings and construction are major sources of carbon emissions, and also great opportunities for carbon reduction.

"To take on the challenge of transitioning to climate neutral, partnerships like the one we have with Volvo will be increasingly important," says Skanska CEO Anders Danielsson. "All parts of society need to collaborate."

Even with increased automation and digitalization, people will remain important to the quarrying process. So important to Electric Site is improving the work environment, making it safer and, through less emissions, healthier. Greater safety comes from having fewer people in active work areas, gaining increased information on equipment status and movements through fleet management systems, and from eliminating risks through the increased planning necessary for automation.

"If we can, by means of autonomous and automated vehicles, remove people from dangerous areas, such as near a rocky edge or in a bumpy and loud machine, and instead let them work from a control room, then we can offer better workplaces and lower the risks," Andreas says.

“To take on the challenge of transitioning to climate neutral, partnerships like the one we have with Volvo will be increasingly important,” says Skanska CEO Anders Danielsson. “All parts of society need to collaborate.”

During the initial 10-week test, the intention has been for these electric and autonomous machines to deliver the quarry’s normal daily production of 750 tons of aggregate per hour.

"We've encountered challenges and made several adjustments during these weeks – it's part of being a research project,” says Johan Sjöberg, Volvo CE System Owner, Site Management and Automation. “In addition to the lessons from the ongoing tests, the project has been a very instructive process. I am convinced that we will see an increasing electrification and automation in the construction industry and on the quarrying side.”

Already, though, there has been a 98 percent reduction in carbon emissions, exceeding the target of 95 percent. Furthermore, energy costs have been reduced by 70 percent and operator costs have been lowered by 40 percent, together supporting the ambition of achieving a 25 percent decrease in total cost of operations.

The test continues to secure reliability and allow further decisions to be taken, including about commercialization. 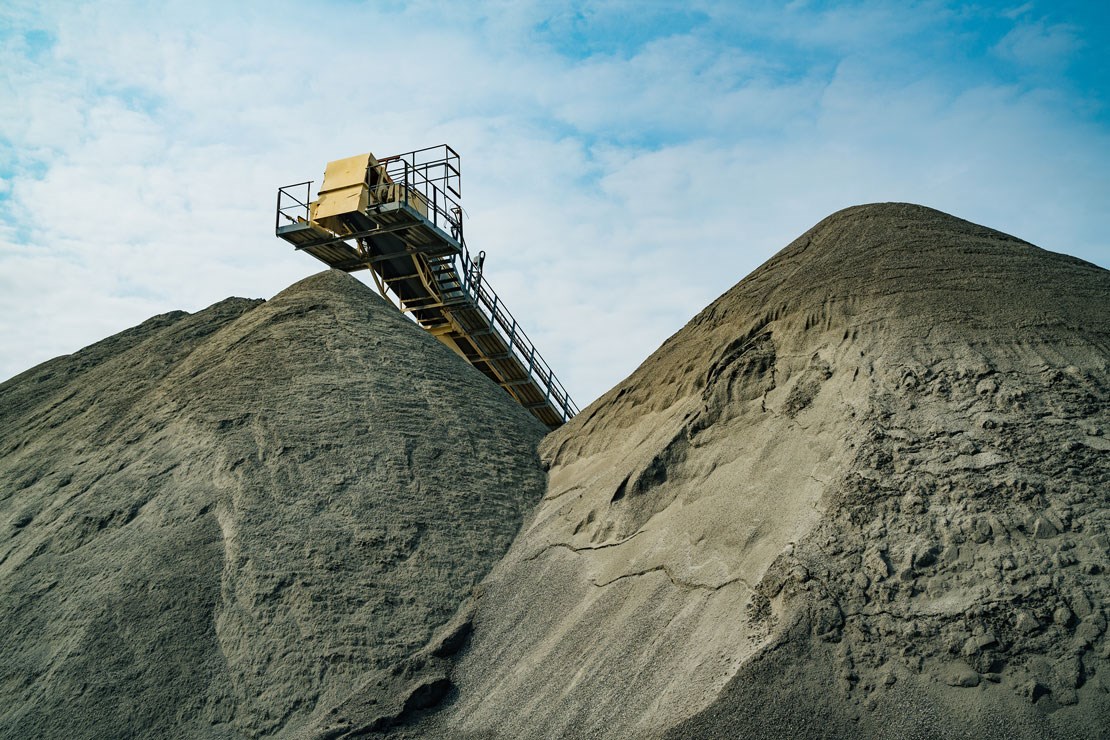 Achieving a reduced climate impact from quarrying creates a firm foundation for achieving climate neutrality on a wide scale.

Explore our work with sustainability

This project aims to create the world’s first emission-free quarry to transform the quarry and aggregates industry, and beyond.