Houses and bridges need solid foundations, the same could be said for people too. However, some are not as lucky as others, when it comes to having a fair start in life. But, with a little help, most people can flourish, grow and find personal and professional success.

In the UK, Skanska have teamed up with the award-winning social enterprise Arrival Education (AE) to help young people in some of London's most challenging communities obtain the necessary support for success.

Jordanna Phillips, a graduate of the AE Success for life, credits the program for the turnaround in her life.

"Without this, I am sure there would have been a great risk that I would have ended up as a school dropout, involved in criminality or substance abuse, or on benefits like so many of the kids from my area," says Jordanna.

Thankfully, her life has taken a very different turn due to the contributions of AE and Skanska. Instead, she is now pursuing a career in international management. She is in her second year at the School for Oriental and African Studies, SOAS, in London, on her way to obtaining her Bachelor degree, which is completed in 2016.

However, in her teens, Jordanna constantly got into conflicts with teachers, her mother and friends in the ethnically diverse and under resourced London area of Shepherds Bush.

"I was a dropout, got into fights and I talked back to adults in authority."

At 14, she was kicked out of home, suffering from racism and bullying, in part due to having a Jamaican father and Irish mother living apart.

When she first heard about Arrival Education, Jordanna thought this was just another program to get the worst kids out of the classroom to make coffee and do petty errands for free at a company that really didn't care.

"When I found out this was different, that it was serious, I decided to give it a go. I knew I was smart but I did not know how to break out of my destructive life cycle." 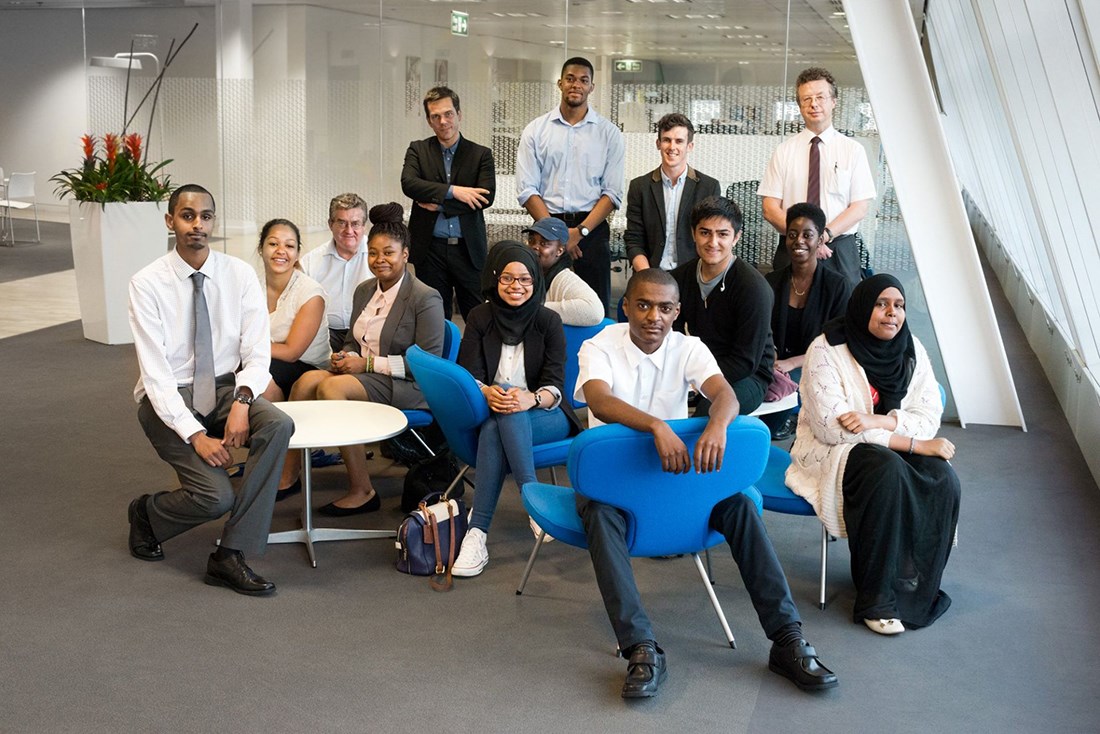 Skanska's contribution to her success

Alongside AE's program, Jordanna also sites that her mentor at Skanska really helped her find a better direction. Her grades soon improved and with a new sense of worth and commitment she was no longer going to settle for anything less than top grades.

"In the beginning, I had to convince some teachers that I meant business. I said I wanted to do the test again to get the highest scores," says Jordanna, which was no easy thing to do as she had burned many of her bridges.

Alongside improving relationships, a central aspect of AE's Success for Life program is to attempt the development of positive attitudes, maturity and social skills for long term success.

This is achieved through a number of different approaches. In addition to the regular sessions and workshops, some of which are held in Skanska offices, the students must also complete all their assignments and receive a certain amount of credit points in order to graduate the different stages of the four year intensive development programme.

Assignments might be to re-establish good relations with a teacher with whom they might be in conflict with; for instance with Jordanna, it was her mother and sister which were the central source of conflict alongside a number of her teachers.

"I have found new ways to assess and handle different situations. Now I can stay with my mother for 4-5 hours without any problems. But I still prefer to live with my grandmother."

What is remarkable about Jordanna's development is that she has supported those around her, including helping her mother to find a job after long term unemployment.  These sort of secondary outcomes are typical as a byproduct of the program.

He was motivated to make a difference after the tragic murder of his flatmate’s brother. A social entrepreneur driven by a commitment to make a concrete difference, using ground breaking approaches in the arena of personal development with young adults. Whilst attempting to do so at scale.

AE's Success for Life program aims to create new long term pathways for young people who might otherwise end up being labeled as NEET (Not in Education, Employment or Training), due to their lack of social and personal skills; often due to challenging home lives, poor educational experiences, and weak social fabric leaving them without the necessary tools, which might guarantee social mobility.

"These kids are rarely taught the practical skills for success and even fewer have learned how to learn," Dan observed. "For instance, I could see that many of these kids suffered from emotional and mental damage and struggled to learn and to relate to others in a proper functional way."

Coming from the commercial sector himself he wanted to involve corporations and business as part of the development experience and fabric of the learning journey itself, turning to the business community for role models and people who could inspire, support, give insight and as well as paint a true picture of the world of work. A picture often not fully or accurately grasped in schools or at home. It also gave him his school. The corporate environments are the aspirational alternative school environment where the workshops and sessions are delivered.

"Skanska is a perfect match for us. The company does real and practical things that make an imprint on societies and people and it has very strong and clear values. Skanska builds things and develops people. That’s what they have to do to succeed! And they invest in that, you can tell as the strongest people are still there." Dan says.

Although AE wants the graduates to obtain great jobs with a future that is not an explicit intention of the program, although Dan wouldn’t be surprised if one or two would hired by Skanska. The real intention of the program is that those who complete it are set up with a broad set of behaviours, skills and attitudes that could guarantee success, for life.

AE will partner with an appropriate school (they have worked in half of London's 32 boroughs) to select the most influential14-year-olds for the program in cooperation with schools.

The rationale is those kids are the most influential and if they can change, they will be role models and influence others, allowing for more impact and better scale. They are paid as basic salary to support the students in the program as they get more able to do so

The first two years of their four year program are typically paid for by the school or via government funding channels, and then companies like Skanska invest in the last two years as the students mature.

Alongside the financial support for the management of the program, Skanska contributions also include use of their space, delivering 'Skanska' workshops (typically after work) in Skanska offices and the development of students via long term coaching or mentoring relationships.

The program has four parts to it.

Achievements include: Created the 'Not in our name' movement during the London riots to help get the kids off the streets – reaching millions; AE's Emily Shenton won the prestigious Management Today's 35 under 35 women in business award; award place on Unltd's Big Venture Challenge as one of 25 social enterprises ready for investment in the UK; 3 time runner up in The Lord Mayor's Dragon awards; multiple media coverage; multiple invites to Downing Street.

In 2014, 580 new students will enter the Success for Life program alone and over 1000 young people via their various different programmes.

Skanska and Arrival Education have been working in partnership since 2009.