Hallandsås railway tunnel opens - the end of a long journey

Sweden's longest railway tunnel is finished. Hallandsås is both a key link for Sweden's west coast railway traffic and for Skanska's advances in sustainability. 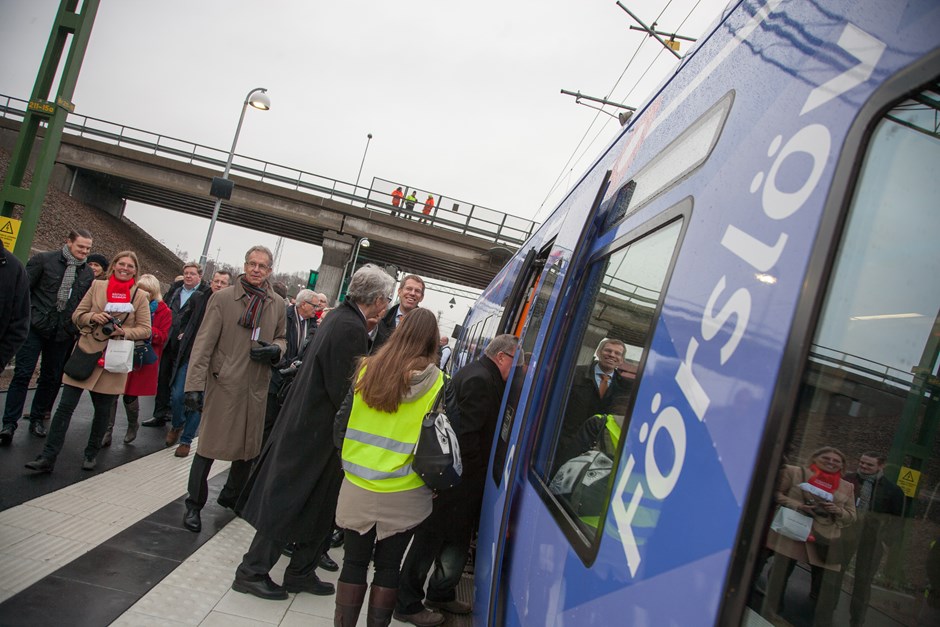 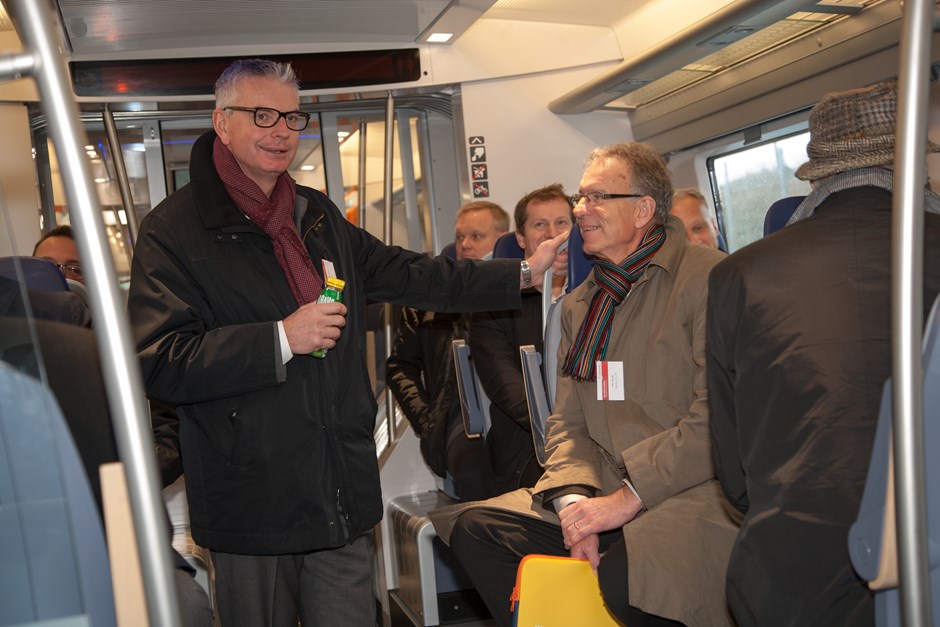 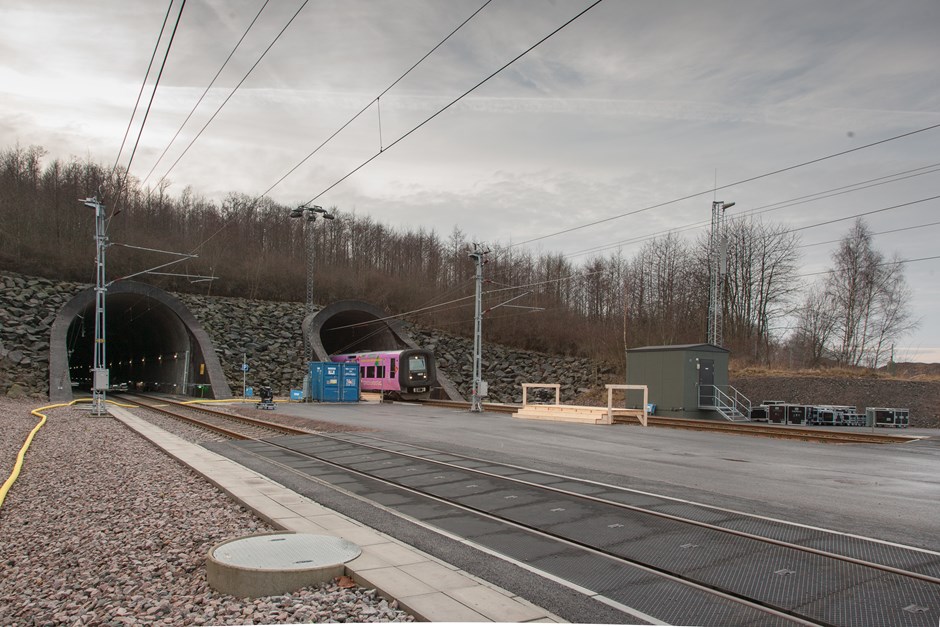 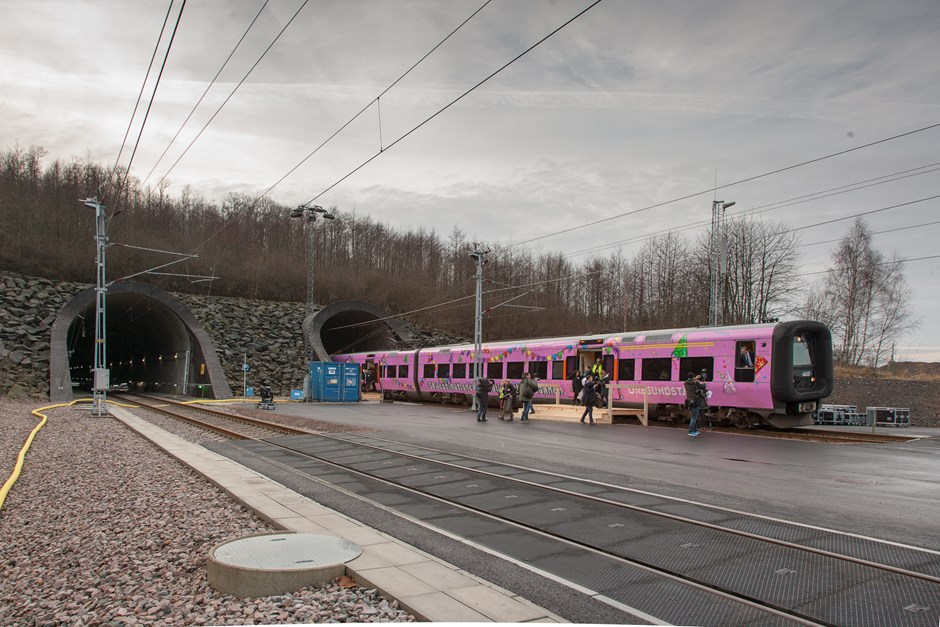 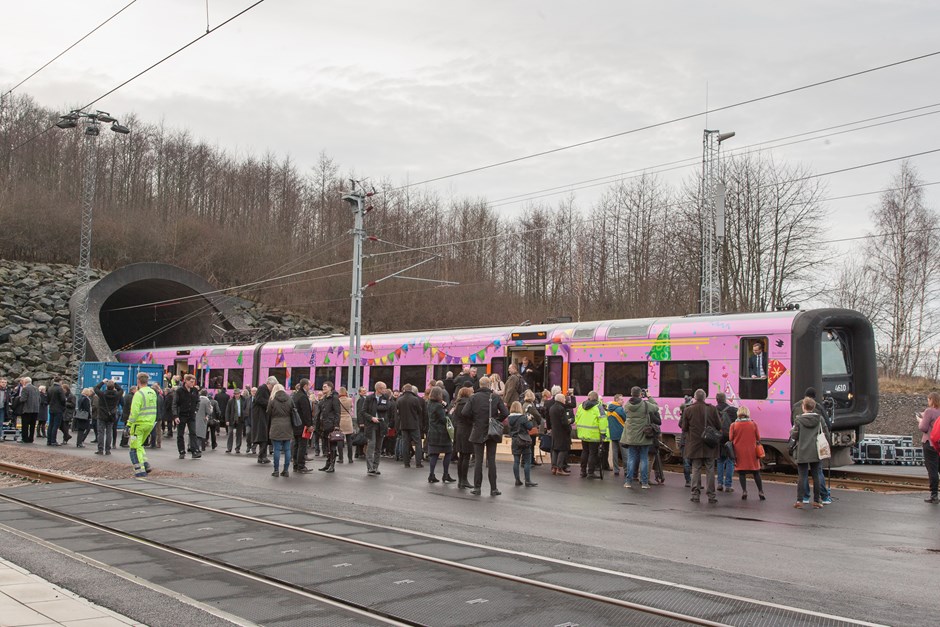 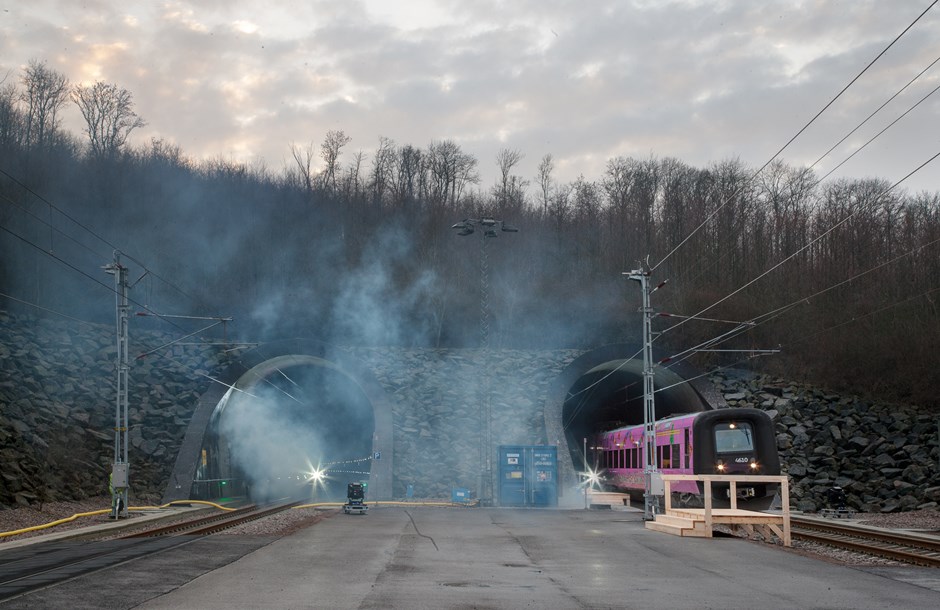 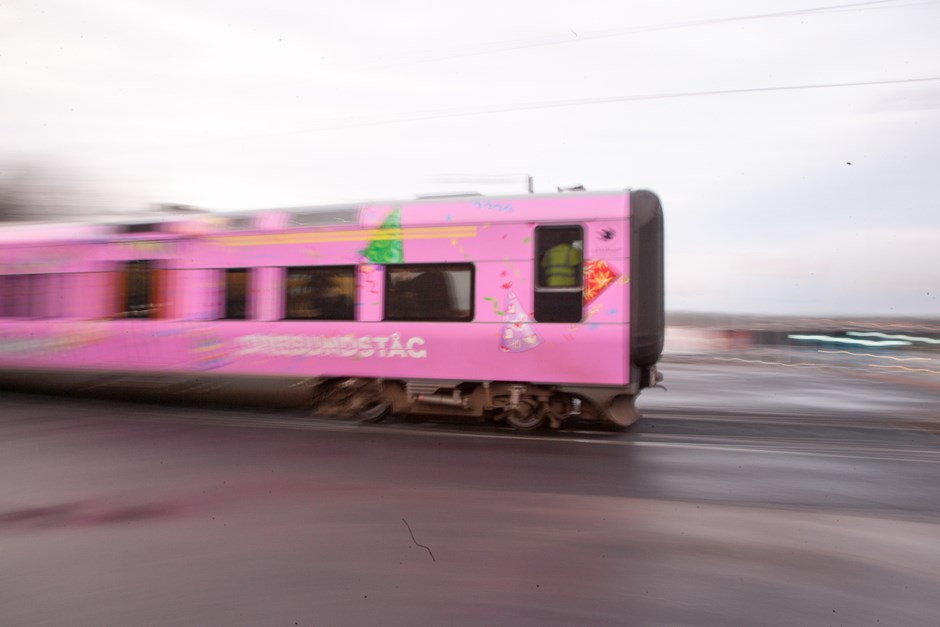 The trains now sprint straight through Hallandsås at a speed of 200 kilometers per hour instead of at a snail's pace over the top of the ridge. The trains run more frequently and train sets are longer and heavier.

Thousands of people took the opportunity for a debut trip on the opening day. Minister of Enterprise Mikael Damberg (Social Democrat) and Director General of the Swedish Transport Administration Lena Erixon declared the tunnels open and expressed pleasure that this day had finally arrived. A single freight train can replace 30 trucks and expansion of the railways is compulsory for environmentally sound transports. However, Hallandsås has so far been an obstacle for the heaviest freight trains on the West Coast Line. The winding single track over the ridge has forced reduced speeds, frequency of service and length and loading capacity of the trains.

Through the two tunnels, which have neither sharp curves nor inclines, the freight trains' load can be doubled and the frequency multiplied. Instead of four trains per hour, 24 trains per hour can now use the track, and the speed can accelerate from 80 to 200 kilometers per hour.

The tunnels improve not only passenger and freight traffic in West Sweden, but the West Coast Line is also an important link between Oslo and Copenhagen, and out to the rest of Europe.

However, the journey started more than 20 years ago. In fact, construction started in 1992.

The project almost came to an end due to the varieties of rock quality. First, Kraftbyggarna's drilling machine got stuck in the mud. Then Skanska was awarded the assignment, but leaking water and the Rhoca Gil sealant put a halt to work. (The components in Rhoca Gil did not harden as intended, but instead contaminated the water.)

Skanska and the Swedish Transport Administration immediately terminated construction of the rail tunnel. This was in 1997 and one third of the tunnel distance had been blasted.

Focus on cleaning up

After the environmental accident, efforts focused on cleaning up the area and making sure that employees exposed to Rhoca Gil received help and medical care. The accident was the most serious crisis in Skanska's more than 100-year history.

Confidence in the company had been shaken, but Skanska earmarked funds and guaranteed that the company would do everything in its power to rectify the mistakes. Today, the groundwater and water quality are restored in line with the continuous monitoring of the County Administrative Board.

"We took the accident very seriously. We did accept our responsibility, and allocated vast resources to saving the environment, the project and ultimately the public’s confidence in the company. This environmental incident marked the beginning of our environmental activities. In the long term, it was a huge step forward for our sustainability efforts.  I am very satisfied that we now possess an expertise that allows us to contribute to our communities in a sustainable manner," says Johan Karlström, Skanska's President and CEO.

In 2000, Skanska was the first global construction company to be environmentally certified. Today, Skanska is one of the world’s leading construction and development companies in terms of sustainability and green construction.

The future of the project was re-evaluated by the authorities, who decided to continue construction of the tunnel after a new procurement process in 2002. Together with the French company Vinci, Skanska won the Design/Build contract to build the tunnels with a tunnel boring machine.   The winning concept involved lining and freezing. Tunnel-boring machine Åsa was custom-designed to handle the complex geological conditions and significant water pressure of Hallandsås. Åsa drilled through while simultaneously building the watertight tunnel tube. All told, this minimized the project’s environmental impact while a high-quality rail tunnel was produced.

Åsa drilled millimeter by millimeter, around the clock, seven days a week. The equipage had a crew of 30 and, at most, 650 people from all over Europe were involved in the project.

Skanska's Robert Sturk, doctor of soil and rock mechanics at KTH, Stockholm, and the 2015 winner of Skanska's internal Work Smarter award, has been part of the entire journey through Hallandsås. He has the following to say when summarizing his experience of the project:

"First, it is possible to build tunnels that are water tight and that meet strict environmental standards, even in very complex and difficult ground conditions. These are lessons that the entire tunnel world can learn from. "Second, there's no doubt that managing complex projects demands dedication and collaboration from all parties. Many different roles need to interact and our collaboration with the Swedish Transport Administration and other authorities has been excellent throughout the project.  "Naturally, it is also a question of selecting the right method based on the different conditions, such as the difficult geology in this case. Vinci supplied valuable experience in terms of drilling and construction of lining with a tunnel boring machine."