Six-and-a-half years after Skanska began rebuilding New York City's World Trade Center Transportation Hub, the transformation is now complete: this week the final part of the main passenger hall opened to the public. This great project has improved how New York moves, and it has helped the city heal from the attacks of Sept. 11, 2001 – it's a premier example of how Skanska Builds for a Better Society.

In the days before the final section of the World Trade Center Transportation Hub was unveiled, Skanska Project Director Gary Thomson paused to reflect on the Santiago Calatrava-designed project, which he has been part of from the start. He stood in the Hub's soaring Oculus entrance hall, which opened in March, and watched the masses of travelers flowing past him.

"Seeing the smiles on people's faces as they walk through here gives you a sense of gratitude," Gary says. "This is more than a construction project – this is a memorial for the families of those lost in the attacks. That's something we felt every day working here.

"I'll never build another project with this kind of emotional impact."

Skanska's joint venture faced incredible challenges in delivering this project, much of which is underground to link subway and commuter rail lines. The Hub's main section sits below the National September 11 Memorial, which needed to open in 2011 to commemorate the 10th anniversary of the attacks. Meeting this deadline meant building the Hub from the top on down, a nontraditional construction approach that added complexity.

The No. 1 subway line bisects the Hub's subterranean site, and it needed to stay operational during construction. So while the subway was suspended 70 feet (21 meters) in the air, we built under, over and around it. We also carefully and safely built around the thousands of commuters passing in designated areas through the site, as they went to and from a temporary plywood-and-concrete train terminal. 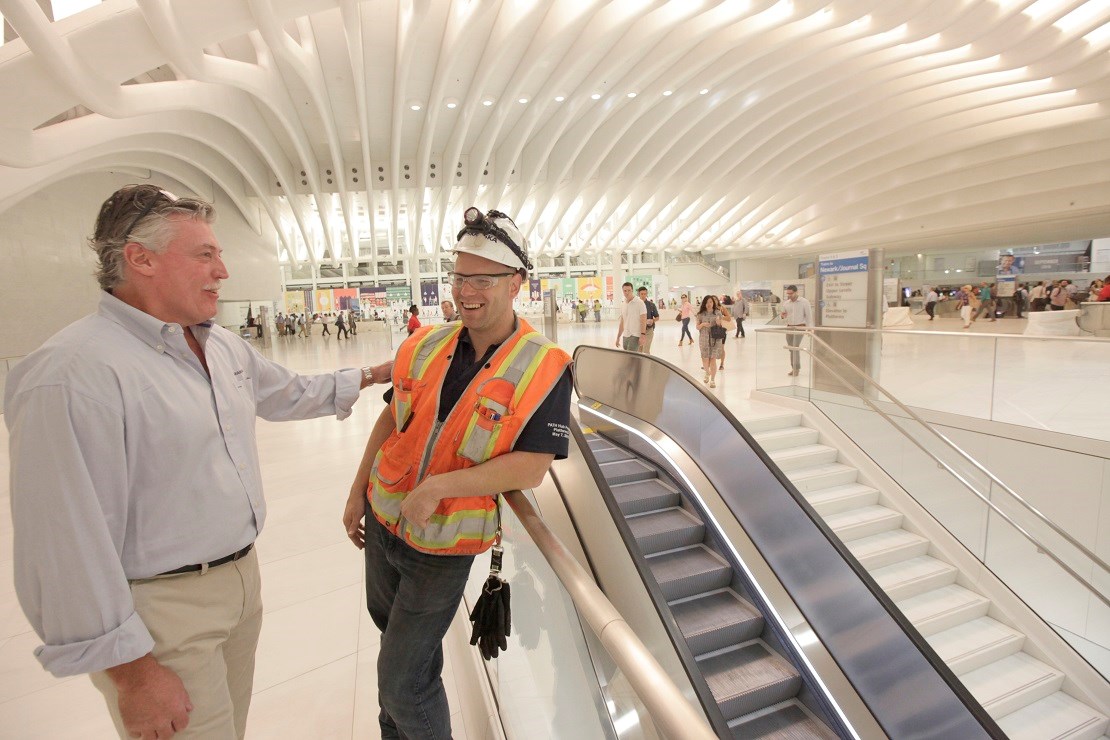 "This is more than a construction project – this is a memorial for the families of those lost in the attacks," says Skanska Project Director Gary Thomson, left, with Project Superintendent Wayne Paliga. "That's something we felt every day working here."

Then there was Hurricane Sandy, which in 2012 flooded the subterranean project with some 40 feet (12 meters) of floodwater, more than 200 million gallons. Finally, there were the complex logistics of working with many other contractors on the World Trade Center site, with many structures being built simultaneously. At one point, 13 cranes and more than 4,000 workers called those five city blocks home.

"I'm very proud of our teams that we finally got to the finish line," Gary says. "It's been a long time coming."

Though the Transportation Hub had a very aggressive schedule, Gary said our team emphasized to trade workers that working safely was what Skanska values the most. Initially, some workers resisted some of our stringent safe work practices and procedures, but before long they realized that we truly cared about their safety.

"They came to appreciate our Injury-Free Environment culture," Gary says. 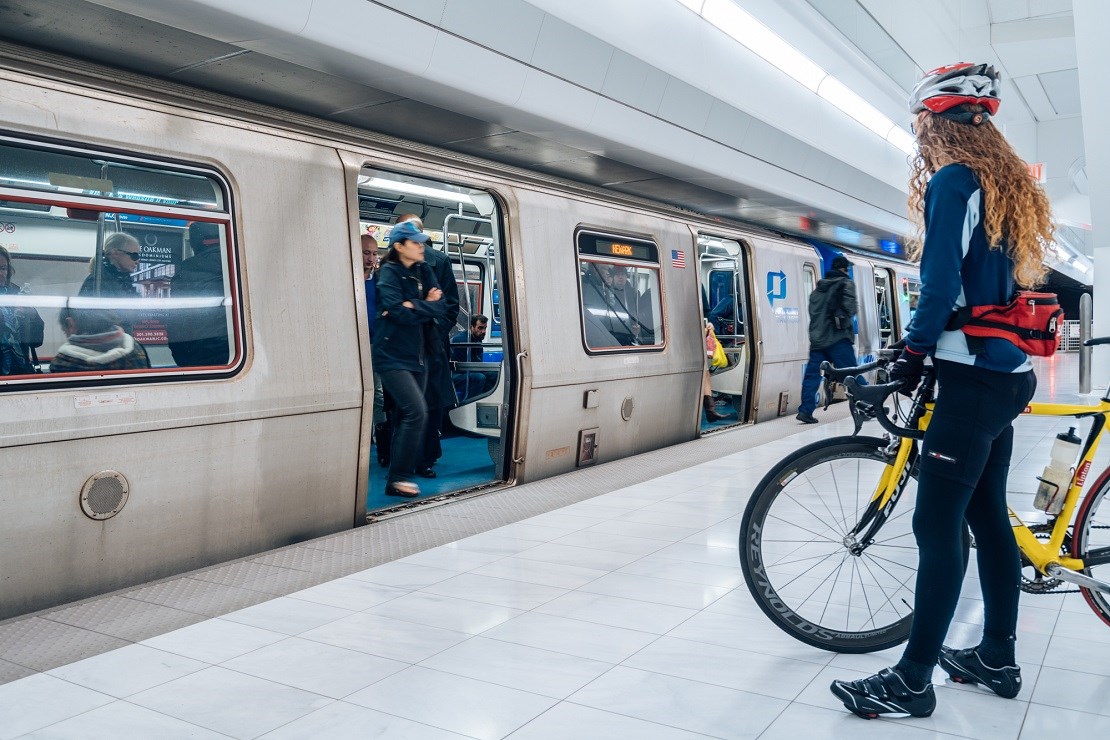 The completed Transportation Hub helps bring a sense of normalcy to the World Trade Center site. "We've come back from the ashes," says Gary Thomson, who lost two close friends on 9/11. "It's all back together now after so many years."

Those who visit the Transportation Hub see expanses of smooth Italian marble and huge exposed steel beams that ripple overhead – all of it pure white. It's a place to make connections, and a place to remember what happened 15 years ago. Reminders of that day are throughout the Hub, including visible sections of the original Twin Towers' steel framework and concrete foundation (both built by Skanska too).

It's also a place to be proud of the tremendous efforts of those who labored to bring this hallowed ground back to life.

"We've come back from the ashes," says Gary, who lost two close friends on 9/11. "It's all back together now after so many years."

A transit hub that soars

The Oculus is part of Skanska's proud 50-plus-year history of building on the World Trade Center site.

How we built the World Trade Center’s iconic Oculus.