Realizing his dream: Taking carbon out of construction

Since joining Skanska four years ago, Carbon Manager Conor McCone has not only carved out a pioneering role, he’s developing approaches that are helping lead our industry toward a greener future.

Conor McCone's passion for the environment is deeply rooted. He spent countless hours of his youth exploring the scenic countryside in his native Ireland and "obsessing" over David Attenborough nature documentaries.

At university, he studied ecology and conservation, including a field study in Mexico looking at conch populations.

So why is this 31-year-old working in construction? After all, the construction and buildings sector accounts for the largest share of both global energy use and energy-related carbon emissions, according to the United Nations. Emissions from operating diesel-powered machines, producing steel and concrete and heating and cooling buildings quickly add up.

For starters, it's an industry he knows well on account of his family operating a road contracting business.

"I've long understood the importance of construction for society," he explains.

But perhaps Conor's greatest motivation is what he sees as the huge opportunity for doing good by tackling the industry's carbon challenge.

"We have a real opportunity to change how the industry builds things that can have a national and global impact," he says.

As Skanska UK's dedicated carbon manager, a pioneering role across the industry, Conor connects his industry know-how with his passion for combating climate change.

"It's up to me to find really commercially efficient ways to reduce the amount of carbon we use, both within the business and also throughout our supply chain," Conor explains.

In practice, this involves a lot of time behind a desk at our main UK office near London staring at what Conor calls his carbon dashboard, which lies at the heart of our UK carbon management efforts.

The unique dashboard – a colorful collection of bar graphs, pie charts and various metrics produced by business analytics software – is based on eight-plus years of data about what Skanska has procured to build projects and run our operations in the UK.

"It's absolutely massive – there are literally millions of rows," he says, noting it's best to run it on a powerhouse laptop affectionally named "Big Bertha."

Studying the trends found in this data allows Conor and our teams to strategically guide efforts to lower our carbon emissions.

"It's important to look at the bigger picture," says Conor. "For example, if we factor in ‘scope 3' emissions, which are linked to a company's value chain, there is a jump by at least a factor of 10, depending on what is included. That's really significant."

Carbon management is important to our delivery of this UK gas pipeline tunnel. "People in our industry are used to talking about cost, rather than carbon, but the two are often linked," Conor says. "If you reduce carbon you nearly always reduce cost." (Photo courtesy National Grid)

The dashboard allows Conor to turn those millions of rows of data into stories about carbon that engineers, suppliers and customers can more easily understand. Important is that it visually shows the correlation between carbon and cost, including how carbon emissions compare to the amount of construction spending.

"People in our industry are used to talking about cost, rather than carbon, but the two are often linked," he says. "If you reduce carbon you nearly always reduce cost."

As a result, our ability to proactively identify and address what Conor calls "carbon hotspots" – the parts of a project with the most embodied carbon – is helping provide greater value to customers.

When bidding for work on the High Speed Two rail line – creating vital new capacity on Britain's railway network and dramatically cutting journey times between the north and the south – we used the carbon management dashboard to optimize the design to minimize the project's carbon footprint.

"We were not only able to give the client cost savings, but we could provide them carbon savings as well," Conor explains.

He adds: "The big gains in carbon reduction are made early on when you can still affect the project design and reduce or adjust materials."

The dashboard also helped reduce carbon used in the construction of a gas pipeline tunnel under the River Humber in northern England.

Specifically, the project team used the dashboard approach to identify carbon hotspots related to the building of a concrete launch pit for the gigantic tunnel boring machine. The insights allowed designers to find an approach that required less concrete, reducing carbon use by 11 percent and helping protect a vulnerable aquifer.

"With every project we build, we get better," he says. 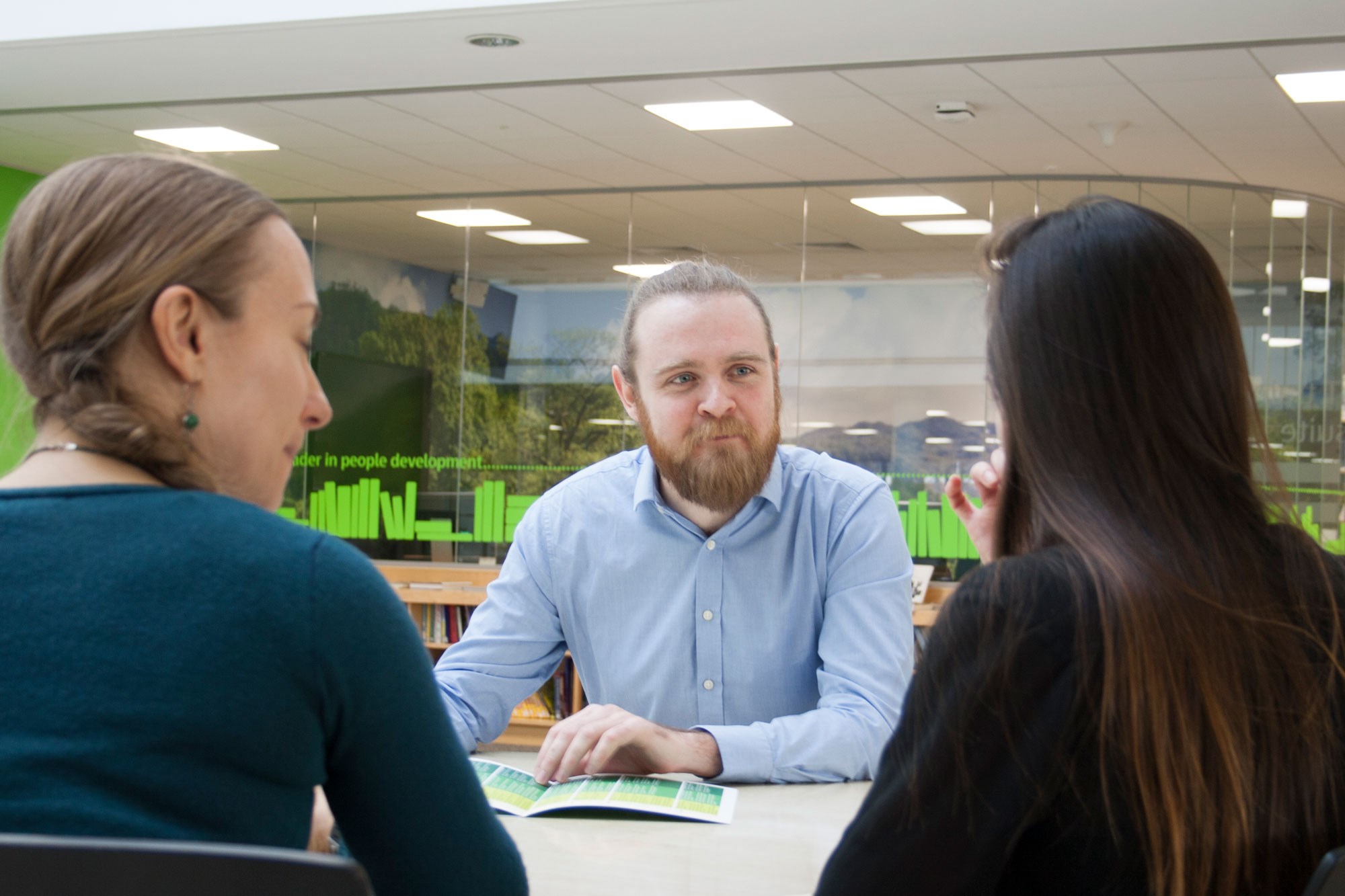 "I wanted to be part of the solution of building more sustainably," Conor says.

While Skanska is one of the few construction companies in the UK with a dedicated carbon manager, Conor expects more contractors will follow suit as the need to look closely at carbon management moves from being a specialty discipline to a mainstream part of the industry. With Skanska's green strategy focused on delivering zero/low-carbon solutions, across our organization other colleagues have taken on similar responsibilities.

"As everyone becomes more knowledgeable and aware of the implications of carbon, we're starting to see a shift," he explains.

He knows, however, that construction is "a traditional industry," which means change can be slow and not everyone is prepared to adopt a more sustainable approach.

Conor witnessed such resistance firsthand when he was stationed in Western Australia earlier in his career.

Wanting to branch out from the environmental work he'd done for the family business back in Ireland, he took a job with a mining subcontractor at Port Hedland – Australia's busiest cargo port.

But he quickly became disillusioned when his suggestions for operating more sustainably were not considered.

"It really shocked me," he recalls. "They just weren't interested in trying to do things sustainably."

The experience only strengthened his passion to "do things differently," prompting him to return to the UK and enroll in a carbon management master's program at the University of Edinburgh. Carbon became a particular focus, as Conor saw its potential to cause "devastating" impacts through climate change.

"I wanted to be part of the solution of building more sustainably," he explains.

When he finished the program, Conor was eager to find a company that shared his growing passion for carbon.

Luckily, he didn't have to look too hard.

"Skanska had recently won the award for being the greenest company in the UK," he explains.

"They were a perfect mixture of what I wanted to do. They were in construction, but they were also green leaders."

Conor started at Skanska in 2014 as an environmental adviser, working on various projects including the Crossrail Paddington Station in London and managing assessments for the international CEEQUAL sustainability rating system.

Important for planet and profit

Throughout 2017 and early 2018, he played a key role in helping Skanska UK become the first construction contractor to earn PAS 2080 carbon management certification.

"It shows that we're dedicated to reducing carbon throughout our business," he says.

"Focusing on carbon management has allowed us to engage multiple disciplines inside and outside of Skanska – we've collaborated with estimators, planners and designers through to the procurement and construction teams," he says. "It's been really encouraging to see how motivated and proactive people are as they recognize carbon management is not just important for the environment but it's good for business as well."

In 2019, Conor will spend six months based at the Skanska headquarters in Stockholm to support development and implementation of the Group's carbon strategy.

"I'm really optimistic about how the industry is changing and I think Skanska at the moment is leading that change," he says.

Skanska aims to have near-zero impacts on energy, carbon, materials and water the environmental aspects our projects influence the most.