To truly experience New York City means riding its subways, one of the busiest systems in the world. But for nearly 100 years there has been a missing piece: a line on Second Avenue. That wait is over, as the first phase is now operating. Here are some highlights from the challenging construction that helped make it possible.

Building a subway is like few other types of construction. It means creating an underground world beneath a densely populated city: stations and tunnels are formed by removing vast quantities of rock and soil, all while navigating a web of underground pipes and cables and supporting skyscrapers and all else that is above. Everything coming and going to the subterranean site typically passes through a small number of access shafts along the route – it is like building a ship in a bottle.

The challenge gets even greater: all this must be done so that the busy city barely notices. This was especially true for the Second Avenue Subway, being in the city that never sleeps.

More than 200,000 people a day are expected to travel on the first phase of the Second Avenue Subway, the most significant change to the New York subway system in decades. They can travel 33 city blocks in the Upper East Side – from 96th to 63rd streets – and use three new stations adorned with amazing artwork. Making New Yorkers' travel easier through this new line required the determined efforts of many public officials and companies, including Skanska. 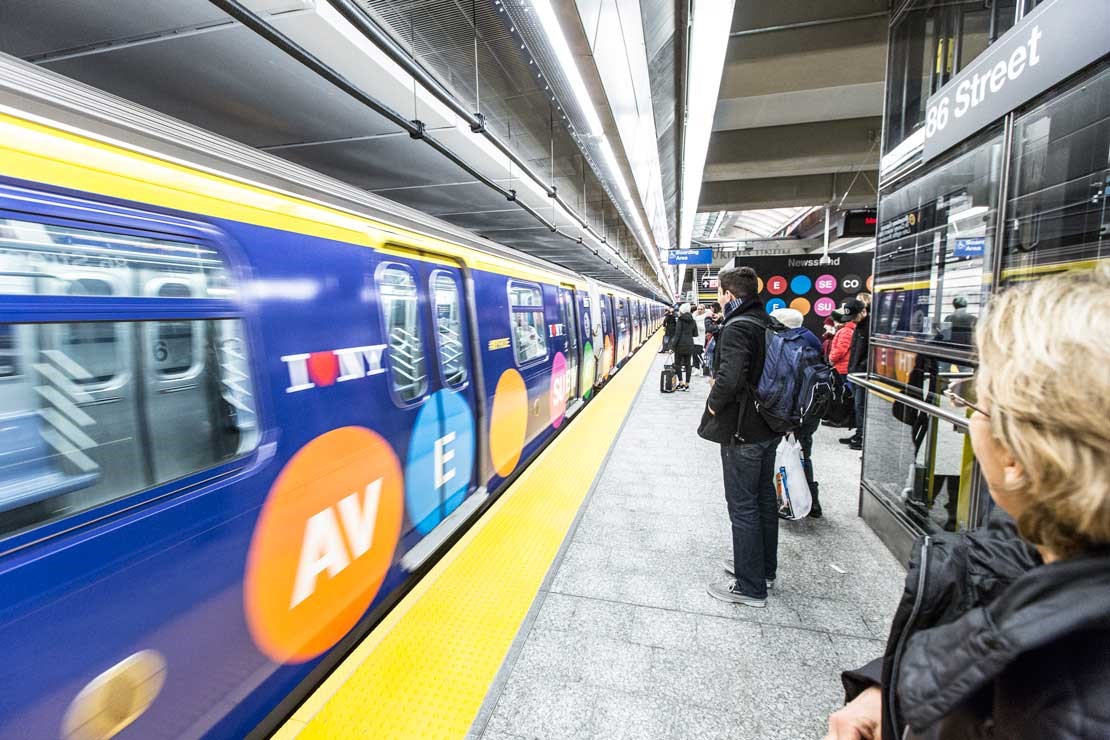 More than 200,000 people a day are expected to travel on the first phase of the Second Avenue Subway, the most significant change to the New York subway system in decades.

With all of our work, we focused on ensuring a strong and proactive culture of safety.

You can find the Second Avenue Subway about seven stories below ground, with two parallel 6.7 meter (22 foot) diameter tunnels carved out of the hard rock known as Manhattan schist.

A key first step in constructing the tunnels was relocating a variety of utilities: water, electricity, gas, street lights, traffic signals and more. Then to bore the tunnels, we used a massive tunnel-boring machine that arrived via 40 tractor-trailer loads. It was lowered into the ground section by section, eventually forming a 137 meter (450 foot) long behemoth. Its 200-ton cutter head would grind against the rock as it rotated, but sometimes even that incredible heft was not enough. 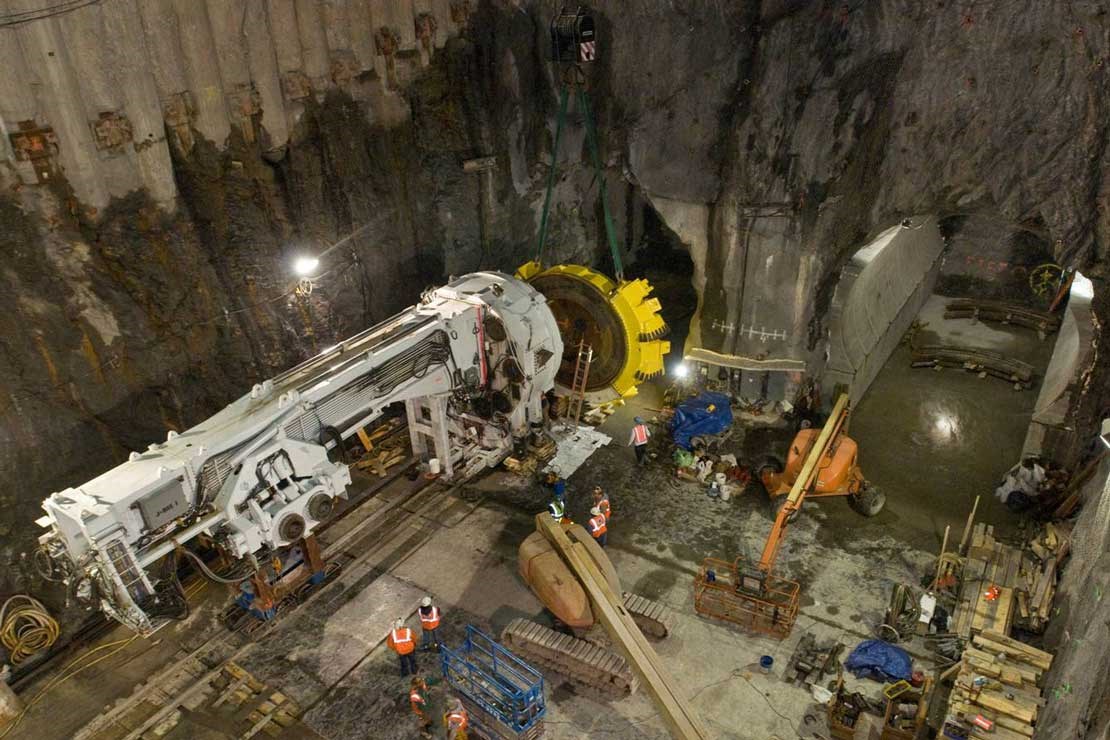 Areas of soft ground were frozen using a system of chilled brine to provide a safe, solid structure for the tunneling operation.

"It was very laborious work," says Project Manager Alaeden Jlelaty. "We worked around the clock, three shifts. We had a few days where we exceeded 100 feet of penetrations a day. And some days we did not move more than a fraction of a foot."

Most of the tunnel path consisted of hard rock. But the east tunnel path went through an area of soft ground, which made it impossible for the tunnel-boring machine to properly operate. To solve this challenge, we froze the soft ground to provide a safe, solid structure for the tunneling operation. This involved drilling small pipes into the ground from above, then circulating chilled brine through them. This froze the soil so it acted like rock, enabling the tunnel-boring machine to safely pass through.

Overcoming such technical challenges is a regular part of subway construction.

"It's half science and half art," Alaeden says of building a subway.

A pair of videos produced by the American Society of Mechanical Engineers explains more about the process the Skanska consortiums undertook to create much of the line.

More on the Second Avenue Subway

In 2015, New York City celebrated the extension of the 7 Line, bringing subway service to Manhattan's fast-growing West Side.