The varied challenges presented by construction projects can often require unusual solutions and ways of working. Meet Henrik Burman, a scuba diver who is making underwater preparations for an important new water crossing in central Stockholm – the Slussen project.

On a recent day, Henrik emerged from the cold, dark water wearing a helmet that seemed to come straight from the last century. "It is used because it has few moving parts that can malfunction," Henrik says as he took off his helmet while on land.

He and his team are helping remove old gas and sewage pipelines. The pipes are around one meter in diameter and were buried a couple of meters below the mud, with the water above.

"We exposed the pipes and then I cut the bolts that held them in place," he says. "Then I cut the pipes into shorter pieces and those are then lifted onto a barge with a crane."

Slussen is a 70-year-old lock separating the saltwater of The Baltic Sea and Lake Mälaren, and today some 486,000 travelers pass over it every day. Skanska is transforming the outdated structure into an effective and transit hub for pedestrians, cyclists, drivers and public transportation. The development and the new lock will safeguard Stockholm’s drinking water supply for many years to come.

The aim is also to turn it into one of Stockholm's most attractive spots for meetings and cultural events. 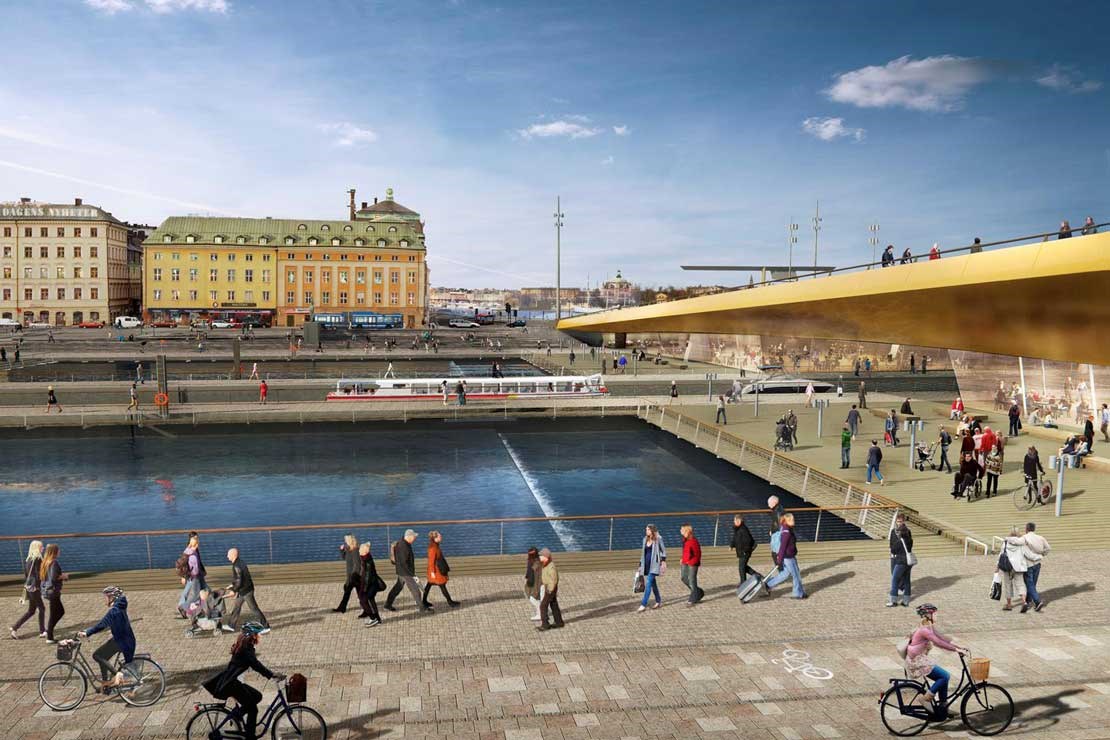 This project – Skanska's part is to be completed in 2022 – is in the early stages of construction. Some of the work taking place is visible. Others, like that done by Henrik and his team, is not.

To perform his work, Henrik uses equipment that consists of a wetsuit, harness, helmet and weights. Beneath the surface, he receives air through a hose connected to the suit and also has a spare oxygen tank on his back.

"Other than the suit, I have the same equipment as regular construction workers on the Slussen project: welding, cutting equipment and a drill."

Henrik has worked as a diver for more than 25 years and this is one of his most memorable projects.

"Slussen is unique, it has been around for ages and now I get to be a part of the rebuild," he says. "It feels cool to become part of its history." 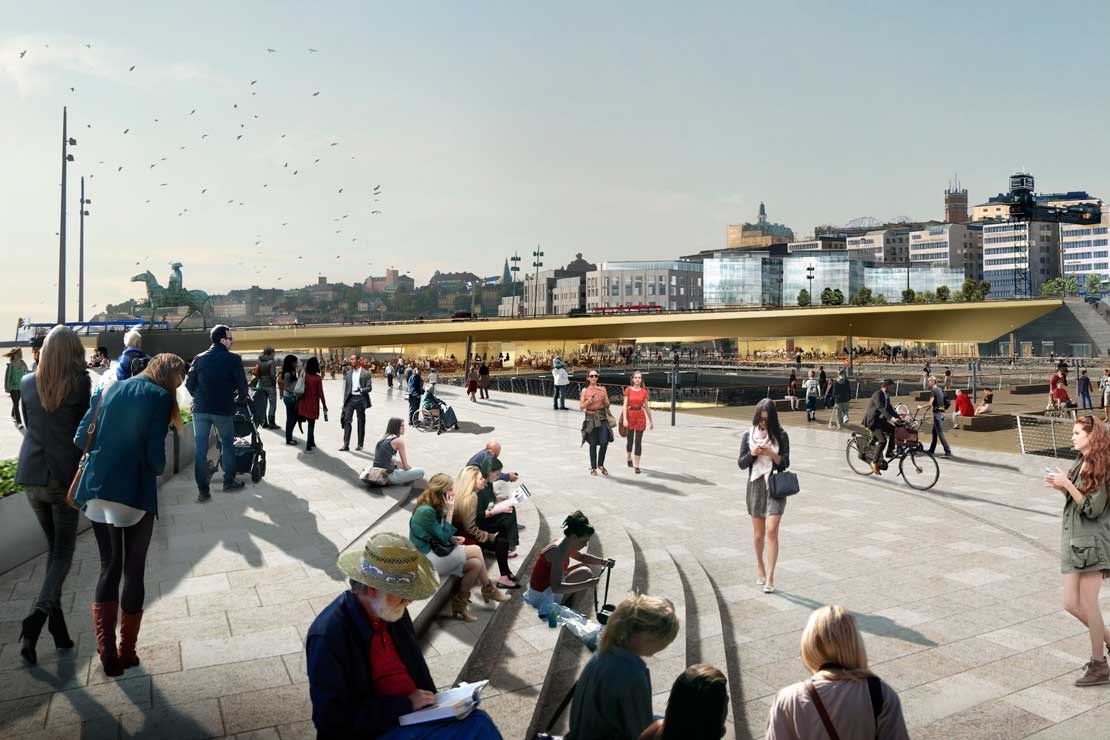 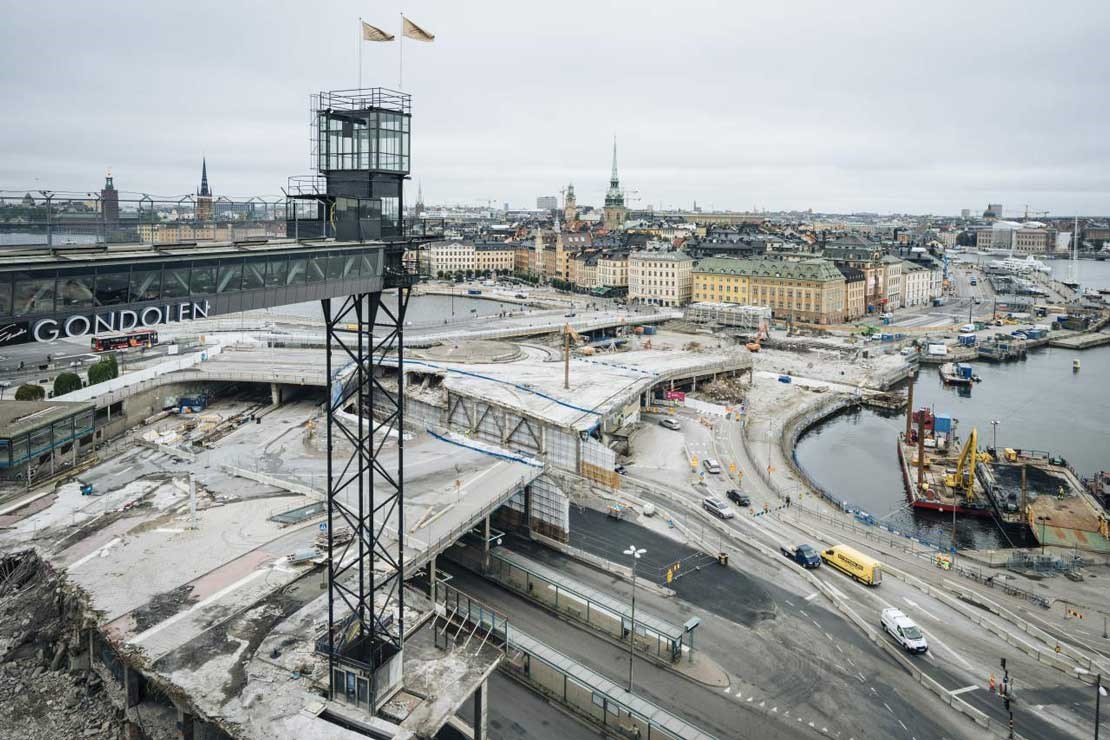