This space-age solution may change how you view water

Can taking a shower be an important part of solving the global scarcity of fresh water? That's the vision behind the Sweden-based company – the winner of Skanska's latest Deep Green Challenge – that has created an ultra-efficient shower based on technology developed for traveling to Mars.

The bathroom shower was invented in the 1800s, and the basic principle remains the same. Hot, clean water flows from the showerhead, touches your body for a second or two, and then goes down the drain. Literally.

But this wasteful cycle is starting to change.

In Sweden, Skanska hosts the Deep Green Challenge, which identifies promising new green technologies that can help buildings and infrastructure achieve near-zero environmental impacts. Orbital Systems, the winner of the latest Deep Green Challenge, has developed a solution that not only saves 90 percent of shower water, but also most of the energy needed to heat it.

Sound too good to be true? Yes, it does. And interestingly, that's one of the main obstacles Orbital faces as the company tries to make its way into the crowded marketplace for building systems and materials.

If you think that Orbital Systems seems a bit like a space program, you're not far off. This Swedish company's CEO, Mehrdad Mahdjoubi, worked on a collaboration for NASA's Journey to Mars project. A manned mission to the Red Planet will take up to 450 days, and there's a limit to how much water the crew can bring.

Mehrdad came up with a high-tech water purification system that allows water to be safely re-used over and over. And while his system was developed for use in deep space, he soon became convinced that the new technology might have even more profound implications down on Earth.

"We want to change the way society thinks about water," says Mehrdad, who in the last five years has built a 55-person company around his innovation. "Our vision is that in 10 years, people will look back and be amazed at how we treated our most precious resource of all."

The shower of the future 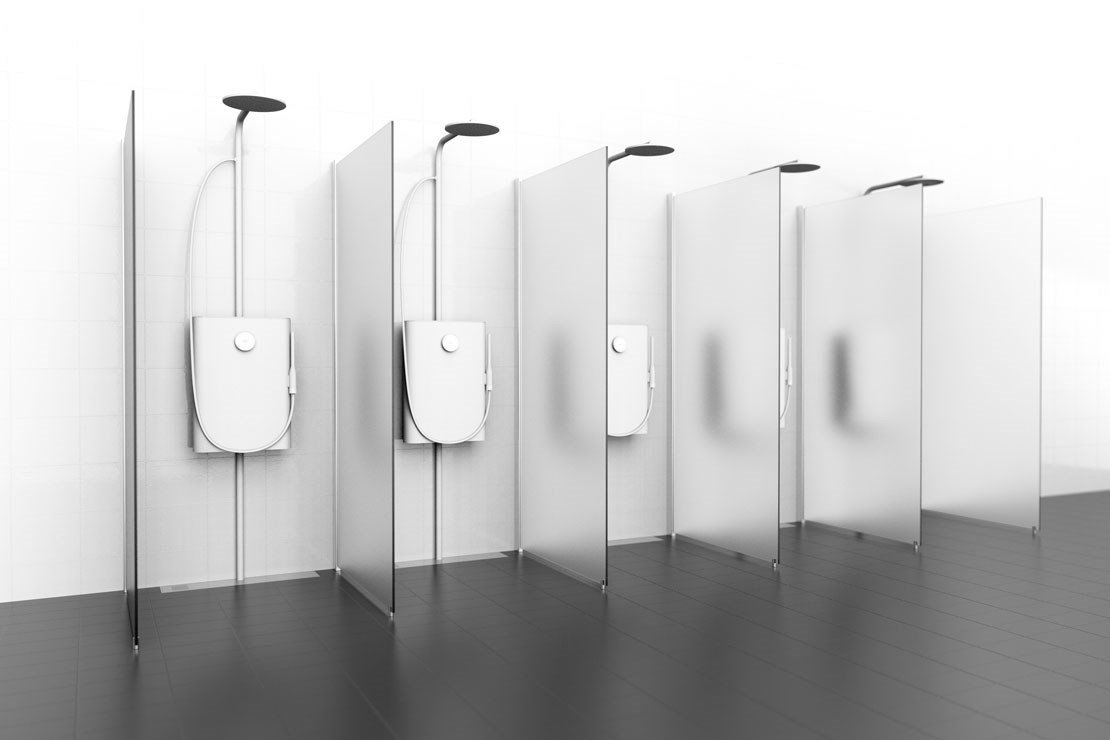 With Orbital Systems' space-inspired shower technology, water is purified and continuously recirculated. The shower re-uses up to 90 percent of the water and saves up to 80 percent of the energy. Users track savings performance and behavior data online.

Orbital's first product is a shower. Rather than letting water disappear down the drain as waste, as in a normal shower set up, the water at your feet passes through Orbital's advanced filter system, which removes contaminants and bacteria. The water then cycles back up to the shower head.

According to Orbital, this closed loop system, which is protected by nearly 50 patents, re-uses up to 90 percent of the water and saves up to 80 percent of energy, since the water in the loop remains hot and doesn't need much reheating. But there's no showering in other people's water: the system drains itself after each use.

"Our technology actually turns a few liters into all the water you would want," says Orbital Systems' Sara Sterner. "It can be a challenge convincing people that our system actually works."

In many places, fresh water is becoming scarce and more expensive, and showering is one of the leading ways water is used in homes. Orbital's shower can really make an impact: A 10-minute shower typically requires between five and 10 liters, versus about 75 liters for a regular shower.

"Even in Sweden, where water shortage normally isn't an issue, we've recently seen real problems," says Jimmy, who was on the jury for the recent Deep Green Challenge, organized by Skanska and the networking organization Sustainable Business Hub. "And this issue is only becoming more and more critical on a global scale."

Fifty-one companies, large and small, submitted entries for the 2017 Deep Green Challenge. Ten of those were chosen as finalists, and those companies had 10 minutes each to pitch their green solutions before a jury and an audience of 120 people at Skanska's Stockholm headquarters.

At stake was a cash prize and recognition, along with a framework agreement with Skanska that sets the stage to be included in future projects.

"It felt like a real achievement when we finally won!" says Sara. 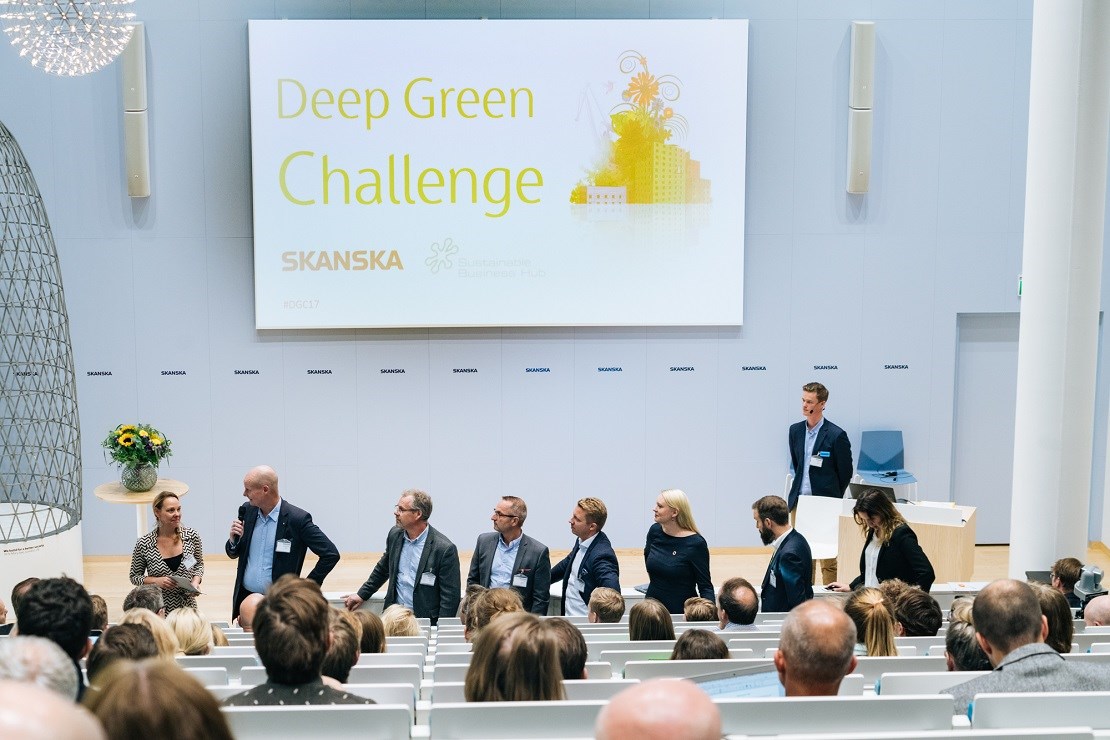 Here, the jury members – comprised of green experts from Skanska and other leading organizations – present themselves at the 2017 Deep Green Challenge at Skanska's Stockholm headquarters.

Having the winning product provides benefits in several directions.

"It can be very hard for new companies, which normally focus most of their efforts on research and development, to get their sales to take off," says Åse Togerö, Skanska Green Development Manager. "The Deep Green Challenge can help boost the winning company in the marketplace, while helping Skanska create more Deep Green projects with near-zero environmental impacts, which is important to us living our values."

Sara concludes: "We need people to believe in us, and now Skanska has shown the world that it does just that."

Skanska is on a journey to Deep Green. We strive to develop and construct buildings and infrastructure that have near-zero environmental impacts during construction and operation.

Explore our work in Green

All about the 2017 Deep Green Challenge

Read more about the competition and the finalists in the most recent Deep Green Challenge (in Swedish).

Learn more about the winner of the 2017 Deep Green Challenge.