Transforming the carbon challenge into opportunities

Buildings and construction represent major challenges regarding lessening climate change. But on the flip side, they are huge opportunities for lessening carbon emissions. Here's how Skanska is advancing toward a low-carbon future, together with our industry.

Chances are as you read this you're in a building, or you soon will be. So look around and think: Buildings and construction together account for 36 percent of the world's energy use and 39 percent of energy-related carbon emissions, according to the United Nations.

Buildings – and creating them and the entire hard world of concrete and steel – represent major challenges to protecting the world against climate change. Particularly as the built environment lasts for decades. But on the flip side, buildings and construction are huge opportunities for lessening damaging carbon emissions.

Right for society and business

Being part of the carbon solution is a key priority for Skanska, with our long history of innovative, values-based work with green. We have committed to the Paris international climate agreement, and are setting a Group-wide measurable carbon target to achieve by 2030. We're focused on both reducing carbon in our own operations, and developing zero-/low-carbon solutions to help customers reach their own carbon goals. Also, we are honored to have been trusted by the Swedish government to lead the development of a carbon neutrality "roadmap" for the construction and civil engineering sector.

Reducing carbon is the right thing to do to contribute to society, and it also is a significant business opportunity. 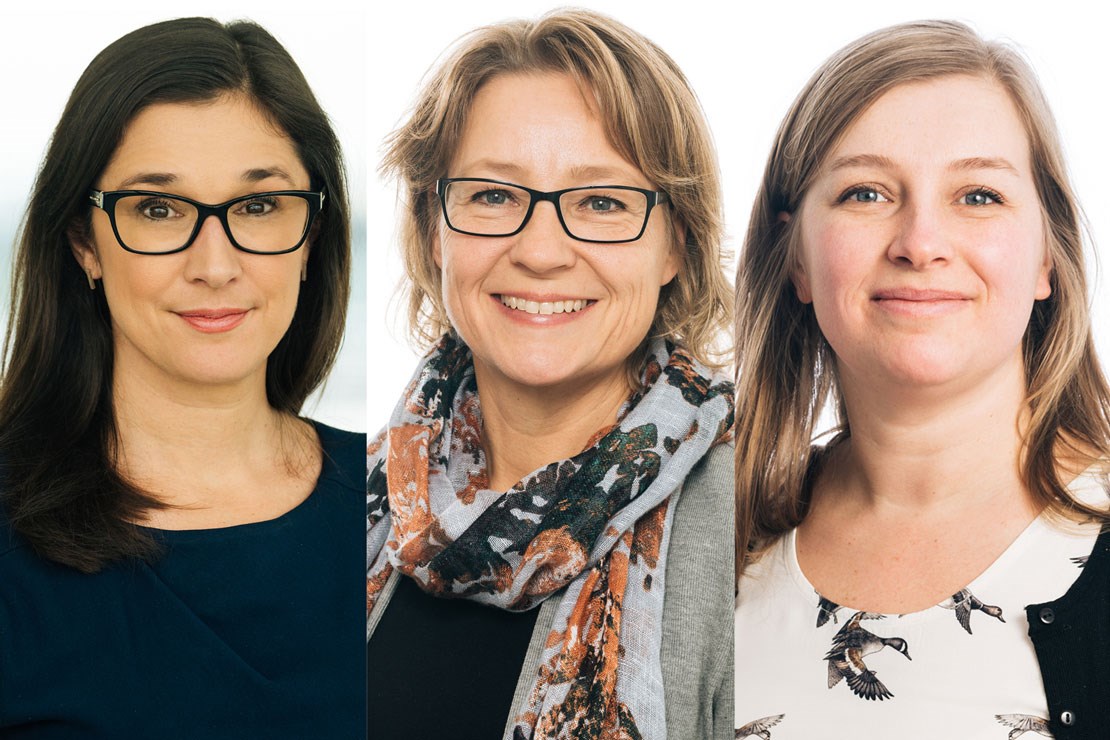 Views from our Greenbuild Europe presenters

Leading conversations about carbon this week at the international Greenbuild Europe conference in Berlin, Germany, are our Lena Hök, Senior Vice President Green and Community Investment; Agneta Wannerström, Senior Manager Carbon Neutrality; and Ulla Janson, Senior Business Partner Sustainability. Here, they explain where we and our industry are with carbon, and where we are going.

Moving to the low-carbon economy

When nearly 200 countries signed the Paris agreement in December 2015, they agreed to curb carbon emissions to keep global warming to within 2 degrees Celsius. Now that target is being translated into actions.

Countries are setting national goals for being carbon neutral: for example, Norway by 2030 and both Sweden and Finland by 2045. With this, they are reviewing their regulations and ways of incentivizing businesses to lower carbon. And, increasingly, major investors are seeing carbon as a risk. They are prioritizing investments in companies that are taking smart steps to transition to the low-carbon economy. 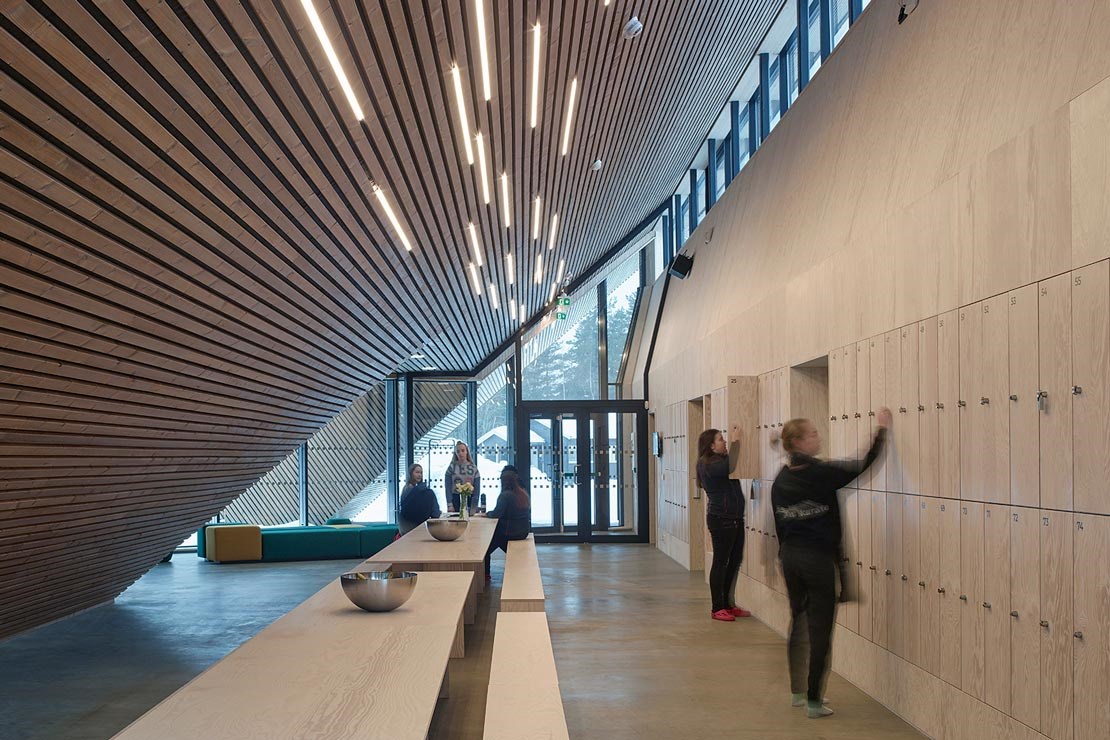 Like all Powerhouse projects, this Montessori school near Oslo, Norway, is intended to generate more energy than it consumes over its life cycle. (Image by Robin Hayes).

Carbon neutral in one generation

Our business and our industry have to become carbon neutral within one generation. This creates many opportunities, as a lot of our customers – both public and private – then must set carbon reduction targets, and many already have. For them, a carbon-efficient building or infrastructure asset is a way to help achieve their own carbon goals.

No one knows exactly yet how the construction industry will get to carbon neutrality. It's a complex issue and a complex industry that is very interdependent with supply chain partners and local communities. We know that today's solutions are not enough. It's clear that it is essential to work with all key players in the value chain, and to push innovative new approaches. 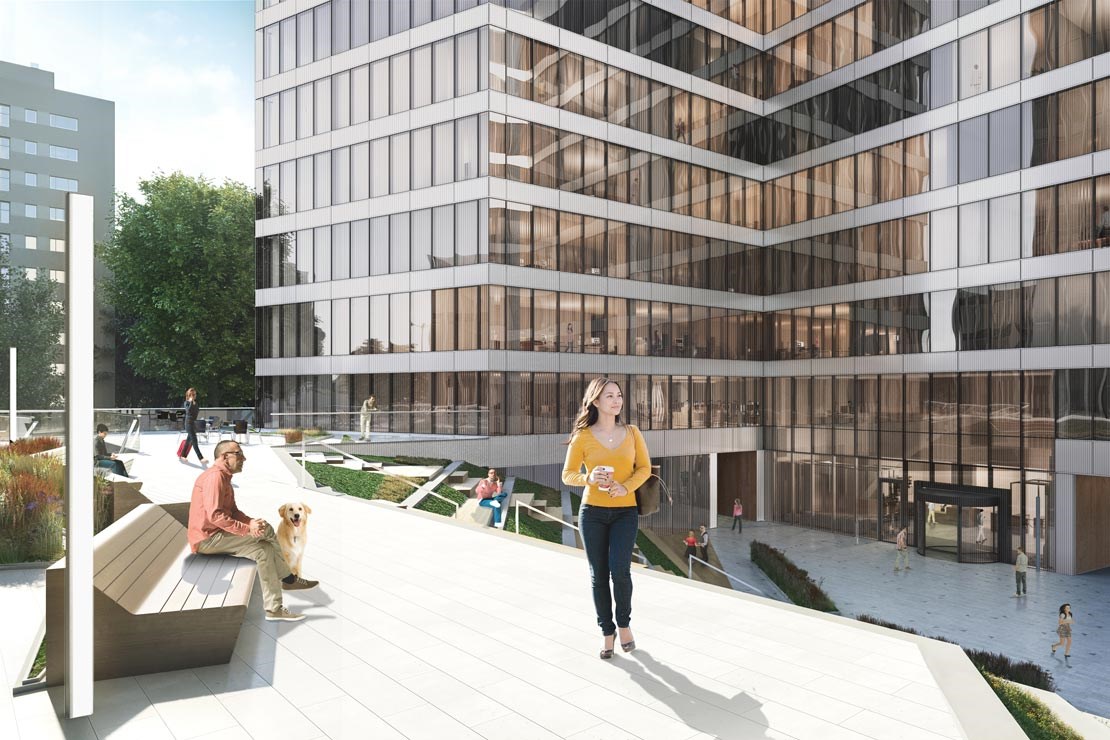 We’re evaluating how to wrap office buildings with semi-transparent perovskite solar cells incorporated into the facades to produce energy.

We're proud of our innovative efforts to lower carbon emissions, collaborations that make both green sense and business sense.

For example, we're the first developer in the world to be evaluating how to wrap office buildings with semi-transparent perovskite solar cells incorporated into the facades to produce energy.

We're part of a collaboration called Powerhouse that develops buildings – some in the Arctic Circle – intended to generate more energy than they consume over their entire life cycle.

We're in partnerships – including with Volvo Construction Equipment – to develop electric-powered heavy equipment.

And we perform hundreds of carbon analyses per year on our projects, striving to use the data we gain to guide the designs. 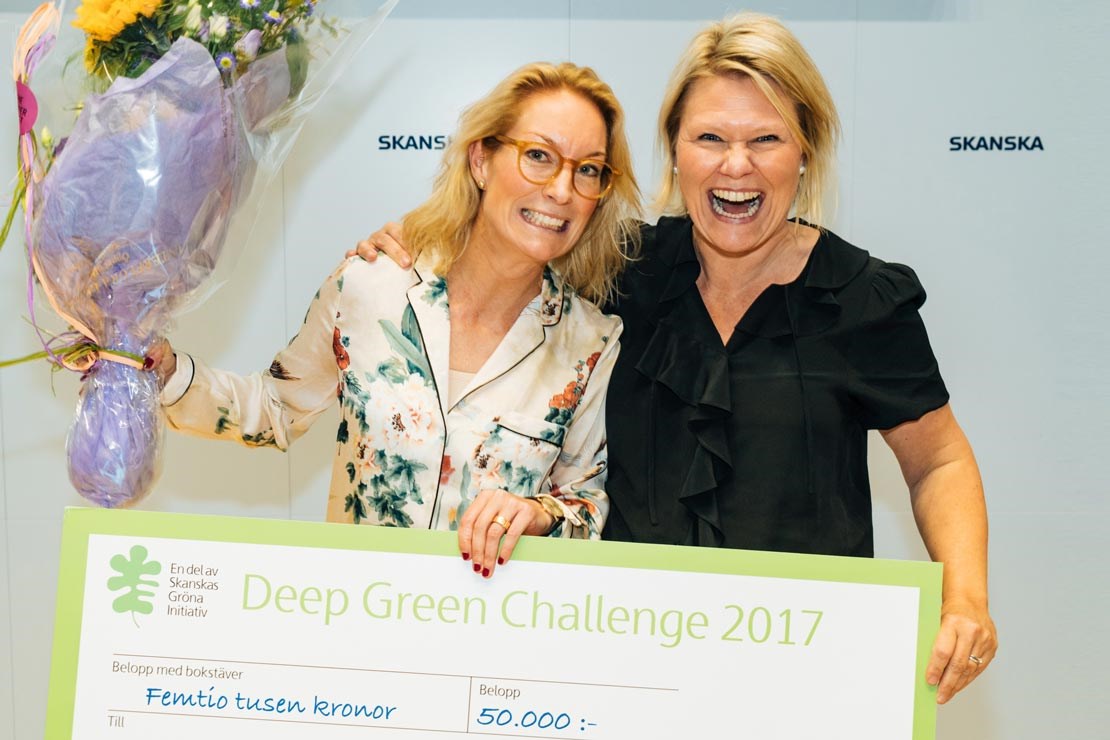 Engaging with the entire value chain is critical to lowering carbon emissions. Our Deep Green Challenge is a competition to identify promising new green technologies that can help buildings and infrastructure achieve near-zero environmental impacts.

In Sweden, our construction unit has set the target of being carbon neutral by 2045. What makes this such an ambitious and impressive target is it includes all aspects of the value chain: the manufacture of materials, transportation to sites, construction and then carbon-neutral operation of the buildings and infrastructure.

Skanska Sweden is perhaps the first major construction company in the world to include the value chain in its carbon neutral goal. This is so important because material production – especially of concrete, steel and bitumen – is the largest source of carbon emissions in the entire construction process. This comprehensive approach ensures that carbon emissions are not transferred to another company.

Through analysis, Skanska Sweden has determined there is potential to reduce carbon by 50 percent already by 2030 by scaling up existing techniques and methods and adding new innovations.

Key steps include flipping the switch for an increased use of electrical equipment – hydro, wind and solar powered – at quarries, construction sites and in plants, as well as switching to renewable fuels in transportation.

Many pilot projects are underway. Often, the actions not only cut carbon, but costs too.

One project on which we're pioneering a carbon-focused approach is a roughly 13,000-square-meter, six-story office building we're developing in Lund, Sweden. The project – called The Loop – is striving to use as little carbon as possible throughout its planned 50-year life.

This requires a new approach to design, an approach based on a carbon budget. It's a very iterative process, constantly giving and taking based on areas where carbon-intense materials or construction might be needed, such as for the structure. 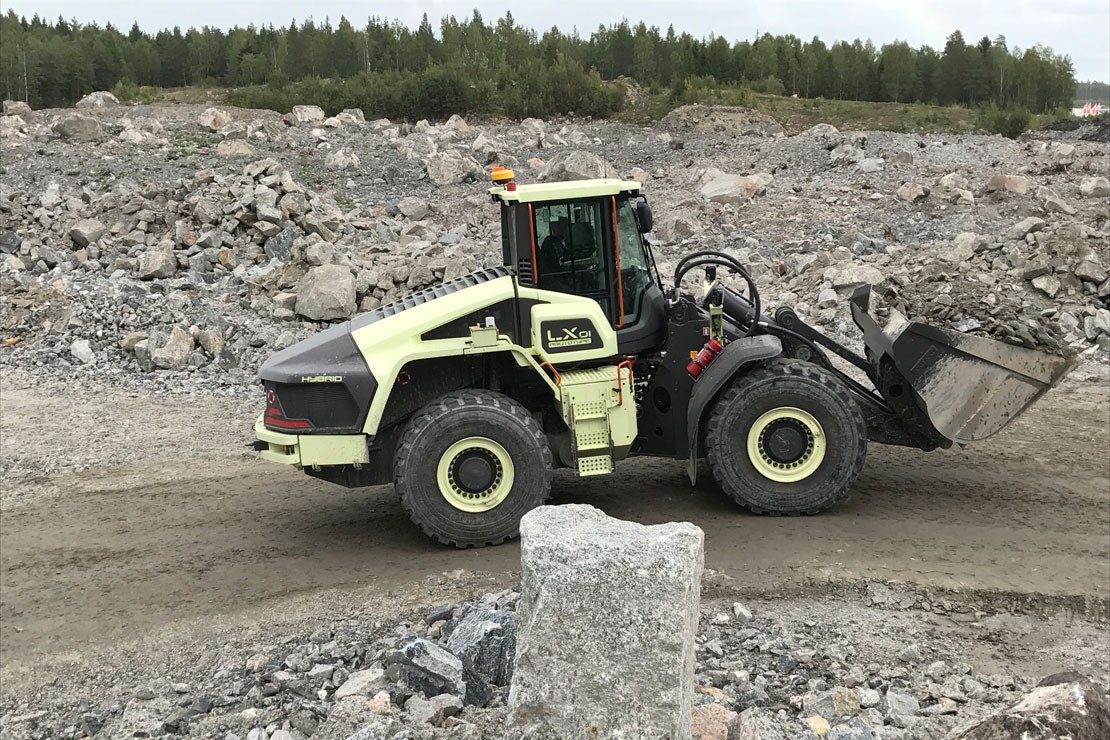 We’re in partnerships – including with Volvo Construction Equipment – to develop electric-powered heavy equipment.

An industrywide approach to carbon

At a larger scale, the Swedish government asked 11 different sectors – including construction and civil engineering – to each prepare a roadmap for supporting the national goal of carbon neutrality by 2045.

We believe this is the first carbon roadmap anywhere for the construction industry, and we're honored to be leading this collaborative process on behalf of the Swedish government. More than 60 key players spanning the entire construction value chain have endorsed this proposal, which will be presented to Prime Minister Stefan Löfven on April 25.

Accomplishing the roadmap's goals will require such actions as:

There is a long way to go. But we know the general direction, and we know that change needs to happen quickly. However, it's not realistic for this journey to occur in one giant step. Rather, it needs to happen in a series of steps, respecting the differences between projects and markets.

Also, it must be shown how doing more of what is good for society leads to greater profits. Contributing at a large scale requires sustainability both financially and with green.

Skanska aims to have near-zero impacts on energy, carbon, materials and water the environmental aspects our projects influence the most.

Understand our Journey to Deep Green

We have committed to significantly reduce the Group's carbon emissions footprint by 2030, in line with the Paris international climate agreement.