Ever since its grand opening in 1952, the UN Headquarters has been THE iconic landmark building of East Manhattan. Making peace in the world is top of the agenda every day of the year, so much so that the building’s international users almost forgot to care for their own comfort. 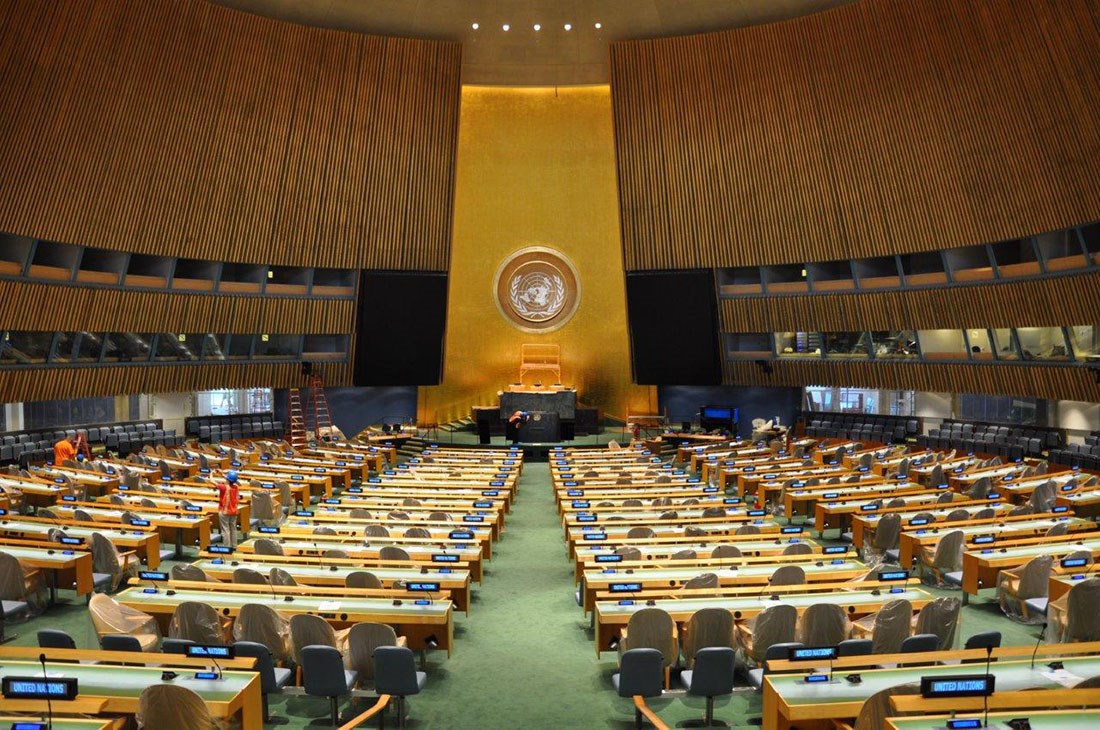 The UN Headquarters has been in use for 60 years and has never been refurbished during that time, until Skanska was contracted for the UN Capital Master Plan in 2007.

Today, the United Nations can celebrate UN Day in fully upgraded headquarters that are safer, greener and more efficient in every respect.

The eye-catching 40-story Secretariat building has now been upgraded from the inside out, while its bluish toned glazed façade has been restored. Energy requirements are reduced now that the building got air tight and gas-filled windows. Inside, every single pipe, duct and cable has been replaced. The data center commands a world-class standard for both its size and capacity, and bomb-proofing measures are of a similar superior quality.

Thousands of UN staff have moved back into the high rise, now with an open office plan structure.

In September this year, Secretary-General of the United Nations, Mr. Ban Ki-moon, re-opened the General Assembly Hall thanking the Member States for their support of the Capital Master Plan (CMP).

"I welcome you to the renovated General Assembly Hall which has been restored, renewed and re-invented. Now we see the wonderful result. I thank you all for making it happen."

The truly international Skanska team working on site is now busy with the final stages including final landscaping and closing out of trade contracts.

"It was a great honor for us to be chosen for the project. We are very proud of the results that we have accomplished. We have significantly moved the facilities up the scale in terms of safety, sustainability and functionality. The UN staff and delegates now have efficient work and meeting places in these state-of-the-art facilities", says the Project Executive Dan Kolakowski, SVP Skanska USA Building.

The UN Capital Master Plan for the 2008-2014 upgrading of the 242,000 sq m UN Headquarters includes: replacement of all systems, removal of all hazardous materials, improved security and enhanced energy efficiency.

In the 1940's, foundation works were executed by Slattery later acquired by Skanska.