Skanska's and IKEA's joint concept for affordable homes, BoKlok (Live Smart), increases the production in Vimmerby, southern Sweden, due to increased demand of BoKlok homes. This means more job opportunities in a region where jobs are rare. 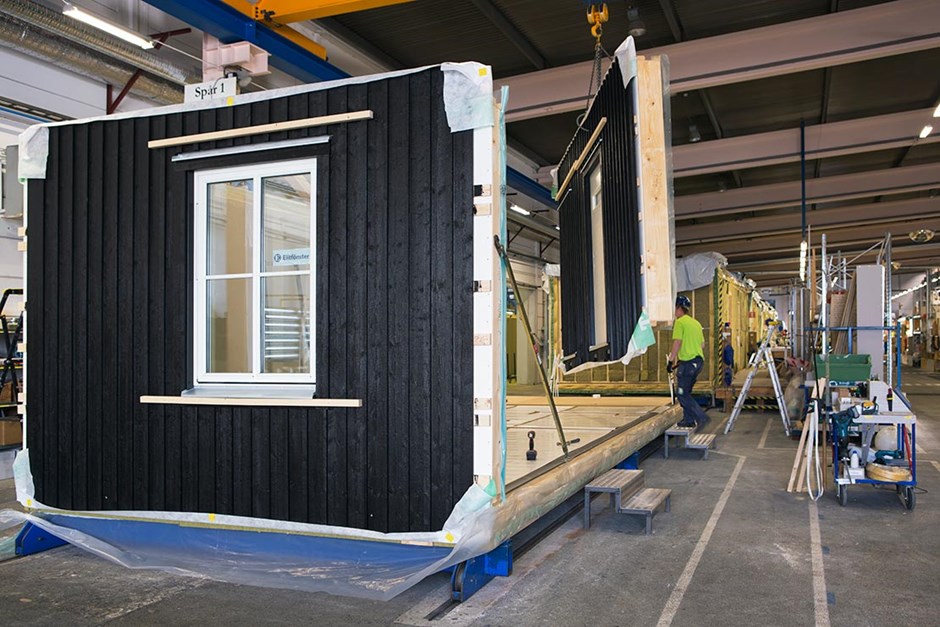 BoKlok (Live Smart) – the joint Skanska IKEA success concept for affordable homes – is ramping up for growth and increased production. The prefabrication plant in Gullringen, Vimmerby, Sweden, will hire 50-70 new people in the next few years. BoKlok is already the third largest employer in a region in southern Sweden where new job opportunities are rare.

- We continue to grow. A few years ago we produced 300 units per year, now it’s around 1000 and we are aiming at 1500 units in five years, says Jonas Spangenberg, President BoKlok.

About 700 of these units will be produced in the BoKlok plant in Gullringen which currently has 180 employees, the vast majority carpenters and painters. And 50-70 new people will join soon.

The plant produces BoKlok modules including everything except the white goods. Trailers take the modules to sites across the Nordics. And in one day a new BoKlok house with affordable homes is completed.